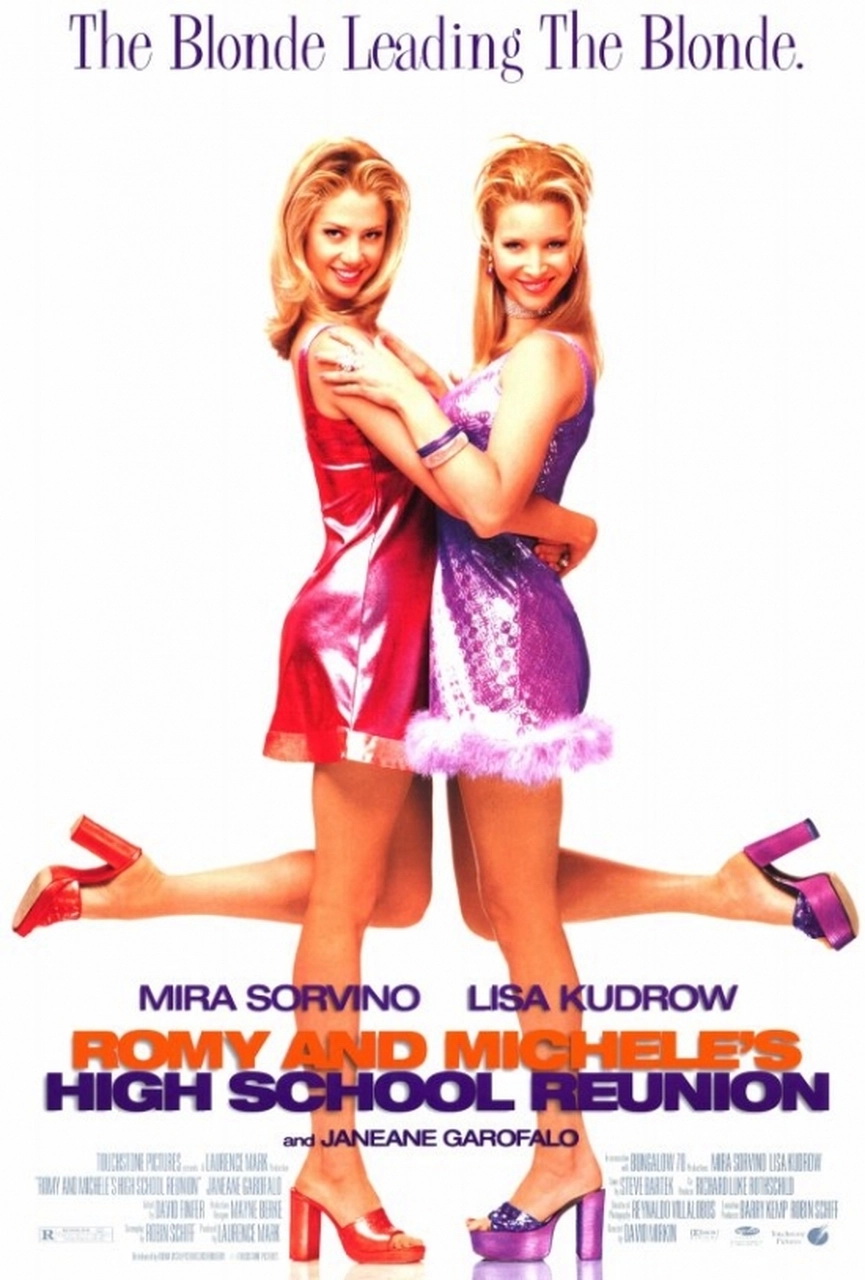 “Like if there’s a guy in a rowboat going X miles, and the current is going, like, you know, some other miles, how long does it take him to get to town? It was like, who cares? Who wants to go to town with a guy in a rowboat?”

Calling all business women! We are "having a Romy and Michele Day" by marking the 25th Anniversary of ROMY & MICHELE'S HIGH SCHOOL REUNION - one of the most infinitely quotable and frequently requested titles we've had, yet somehow never played - with a prime-time, big screen viewing on Sunday, May 22.

Released in 1997, ROMY & MICHELE'S HIGH SCHOOL REUNION was something of an anomaly of its time - a hilarious, sweet and funny buddy movie starring two... Women (Mira Sorvino and Lisa Kudrow). In the 25 years since its release, its endearing charm and quirky, 90s weirdness has elevated it to total cult-classic status - and it passes the Bechdel test with flying colours (with a side of sparkles, and very chunky heels!).

"It's a fun, feel good movie about being true to yourself that celebrates how friendship can be the most powerful love a person can hope to find." (Birth.Movies.Death.)

"Beneath the endless silliness of the movie beats a real heart, and its theme of loyal friendship keeps propping it up every time the thin walls of the story seem about to collapse.” (Los Angeles Times)

ROMY & MICHELE'S HIGH SCHOOL REUNION (David Mirkin, 1997 / 92 mins / 14A) The story of two single, relatively unambitious young women who appear to have not achieved much success in life, and decide to invent fake careers as part of an elaborate lie to impress their former classmates at their ten-year high school reunion.