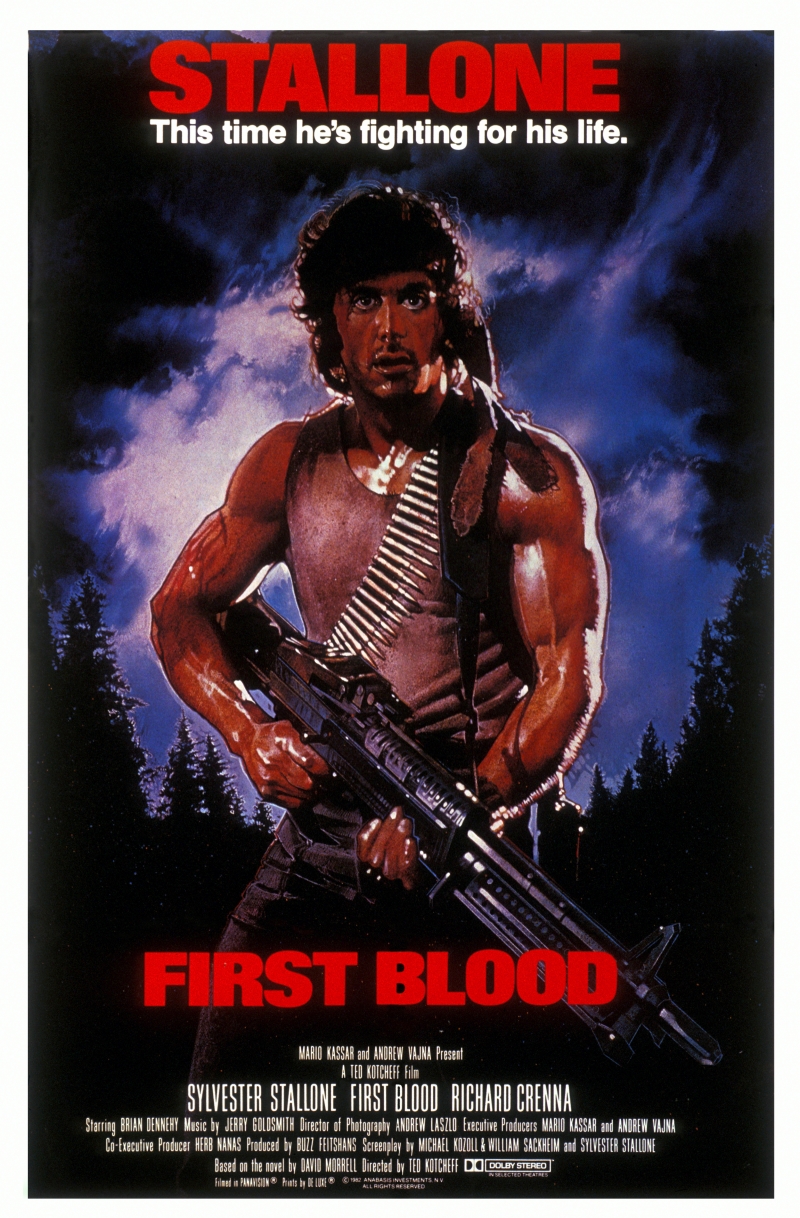 The Rio Theatre's Friday Late Night Movie series continues on June 24 with a special 40th Anniversary screening of one of the most acclaimed action movies ever made, Ted Kotcheff's monumental FIRST BLOOD. Based on the 1972 novel of the same name by David Morell, the film was co-written by Oscar-wining scribe Sylvester Stallone, who does double duty here as the iconic John J. Rambo. Fun fact: Set in the town of Hope, Washington, the film was filmed in Hope, BC. (Next time you're there, check out the impressive wood carving!)

When Vietnam veteran and drifter John J. Rambo (Stallone) wanders into a small Washington town in search of an old friend, he is met with intolerance and brutality by the local sheriff, Will Teasle (Brian Dennehy). When Teasle and his deputies restrain and shave Rambo, he flashes back to his time as a prisoner of war and unleashes his fury on the officers. He narrowly escapes the manhunt, but it will take his former commander (Richard Crenna) to save the hunters from the hunted. With David Caruso.

"Sylvester Stallone is one of the great physical actors in the movies, with a gift for throwing himself so fearlessly into an action scene that we can't understand why somebody doesn't really get hurt." (Roger Ebert)

"'First Blood' is ragged and flashy; it ought to be a big success with audiences that value action for its own sake." (New York Times)

"Much darker and more sensitive than the sequels it spawned, 'First Blood' is a thrilling survival adventure that takes full advantage of Sylvester Stallone's acting skills." (Rotten Tomatoes)

Friday Late Nights are the new DATE NIGHT! Two-For-One is so much fun....

FIRST BLOOD (Ted Kotcheff, 1982 / 93 mins / PG) Former US Army Special Forces soldier and Vietnam veteran John Rambo wanders into a small town in the Pacific Northwest only to be harassed by the local sheriff and his deputies. When Rambo's flashbacks and emotional trauma take hold, he begins a one-man war against the police.