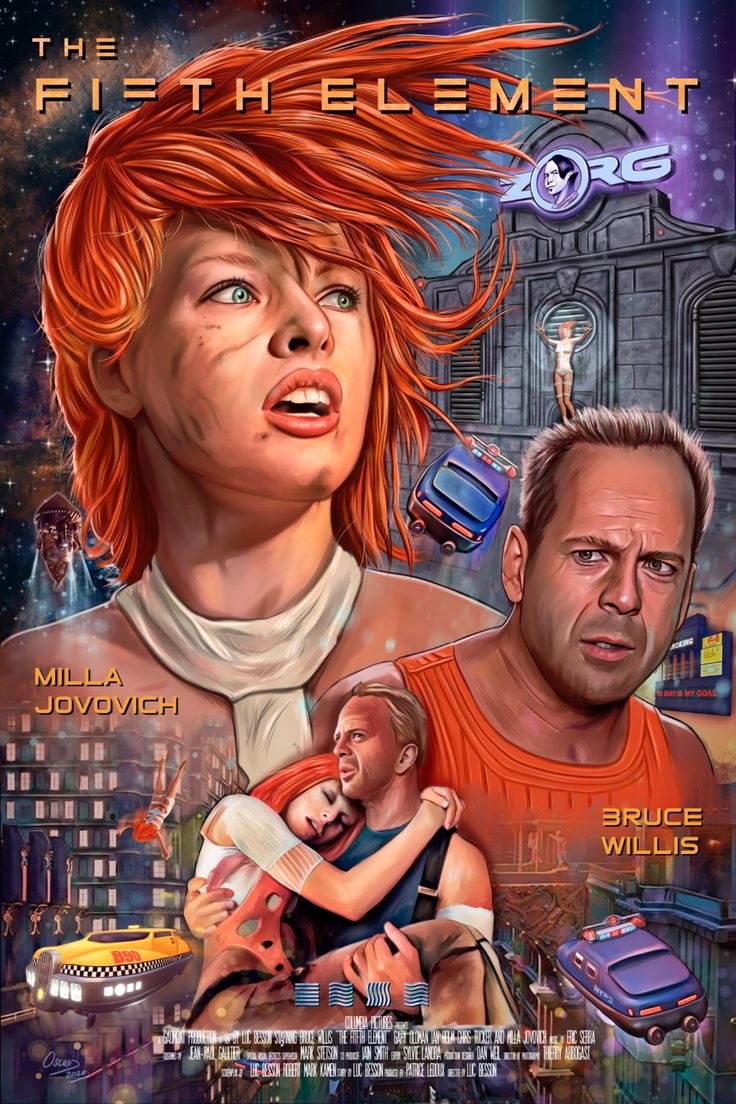 Set in the the 23rd century, New York City cab driver, Korben Dallas (Bruce Willis) finds the fate of the world in his hands when an androgynous yet beautiful stranger, Leeloo. falls into his cab. As the embodiment of the fifth element, Leeloo needs to combine with the other four to keep the approaching Great Evil from destroying the world. Together with Father Vito Cornelius, and zany broadcaster Ruby Rhod, Dallas must race against time and the wicked industrialist Zorg to save humanity. Starring Milla Jovovovich, Chris Tucker, Ian Holm, and Gary Oldman.

"A movie like no other-genre defying stuff." (Empire Magazine)

"Visually inventive and gleefully over the top, Luc Besson's THE FIFTH ELEMENT is a fantastic piece of pop sci-fi that never takes itself too seriously." (Rotten Tomatoes)

THE FIFTH ELEMENT (Luc Besson, 1997 / 127 mins / 18A) In the colorful future, a cab driver unwittingly becomes the central figure in the search for a legendary cosmic weapon to keep Evil and Mr. Zorg at bay.