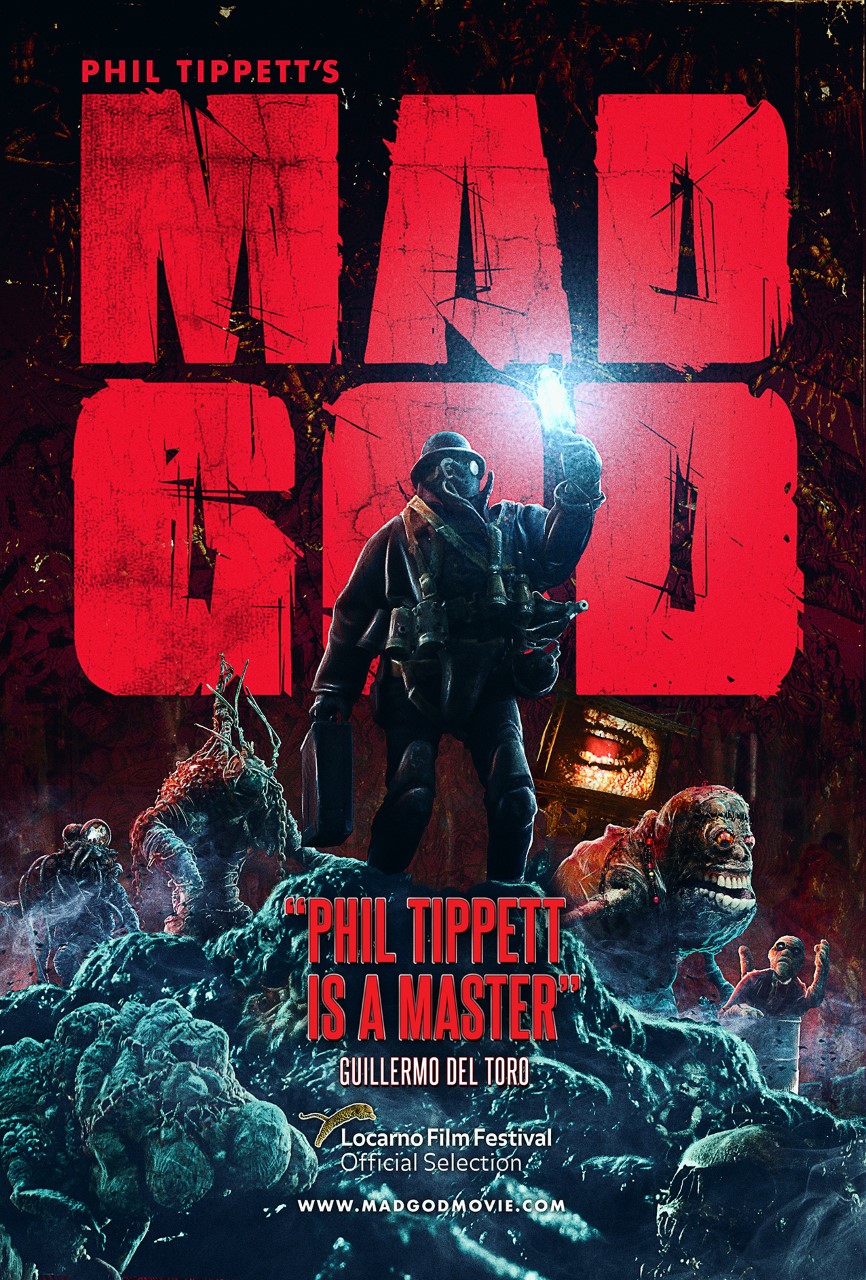 Follow The Assassin through a forbidding world of tortured souls, decrepit bunkers, and wretched monstrosities forged from the most primordial horrors of the subconscious mind. Every set, creature, and effigy in this macabre masterpiece is hand-crafted and painstakingly animated using traditional stop-motion techniques. MAD GOD is a labor of love, a testament to the power of creative grit, and an homage to the timeless art of stop-motion animation.

Ready your eyes. Ready your spirit. Prepare to meet your maker.

"If you're any kind of sicko like me, this is an absolute treat." (Entertainment Weekly)

"This is undoubtedly a work of historic significance, made by a master in his field – but beware that it often feels like a film-making notebook, full of doodles and ideas but not especially cohesive as a story." (Guardian)

"For animation and sci-fi fans with strong stomachs and adventurous tastes... “Mad God” is a must. There’s never been a movie quite like it: an unflinching tour through the darkest recesses of a brilliant artist’s mind." (Los Angeles Times)

MAD GOD is a fully practical stop-motion film set in a Miltonesque world of monsters, mad scientists, and war pigs.

In 1987, legendary visual effects and stop-motion craftsman Phil Tippett embarked upon an ambitious personal project, fabricating and animating a darkly surreal world in which the creatures and nightmares of his imagination could roam free. Phil produced dozens of environments and hundreds of puppets for the project, filling notebook after notebook with thousands of detailed sketches and storyboards.

Decades after the success of Tippett Studio forced production into stasis, a group of animators at Tippett Studio came upon boxes of shelved props and puppets. After viewing the original footage, they convinced Phil to resurrect the project. The small group began volunteering their weekends to MAD GOD, and before long it had snowballed into a crew of more than 60 artists. A wildly successful KickStarter campaign provided funding for materials and equipment.

Each piece of MAD GOD is hand crafted, independent and created from the heart. Sometimes that heart is bursting with love for the craft, while other times it's macabre, punctured, and bleeding. MAD GOD is a mature film crafted from techniques & technologies that span the history of cinema and the career of a true animation mastermind.

MAD GOD (Phil Tippett, 2022 / 83 mins / 18A) A corroded diving bell descends amidst a ruined city and the Assassin emerges from it to explore a labyrinth of bizarre landscapes inhabited by freakish denizens.