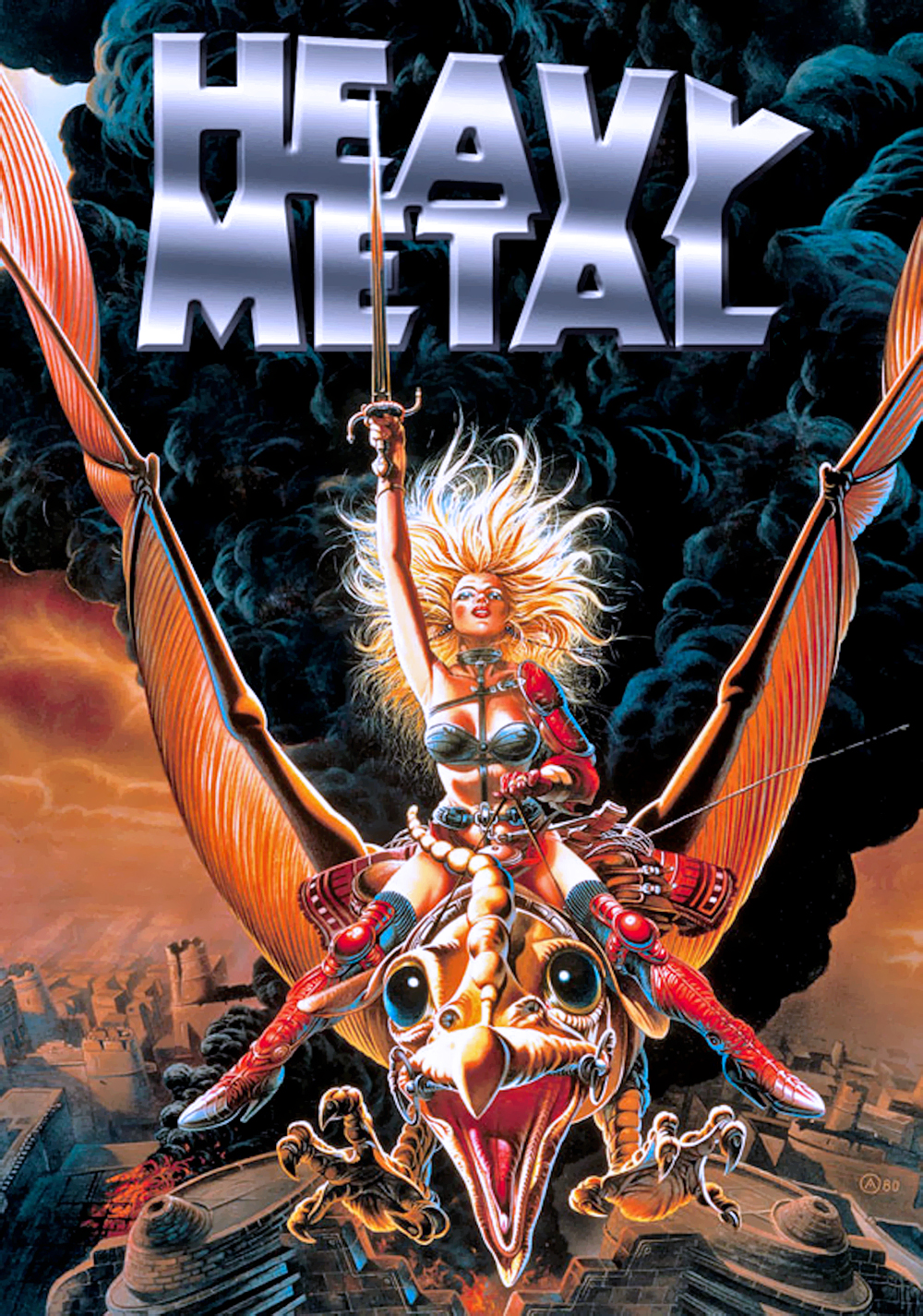 "Regardless of its dated stylishness (which still holds up remarkably well a decade plus later), Heavy Metal was a pioneering film in 1981 and remains a pivotal and influential body of art today." (Film.com)

HEAVY METAL (Various, 86 mins / 1981 / 18A) A glowing green orb (the Loc-Nar - the personification of ultimate evil in the universe) terrorizes a young girl with a collection of stories of dark fantasy, eroticism and horror in this sweeping story of the battle of good against evil, told through an anthology of short animated films. Based loosely on the American magazine "Heavy Metal," and the French magazine "Métal Hurlant".