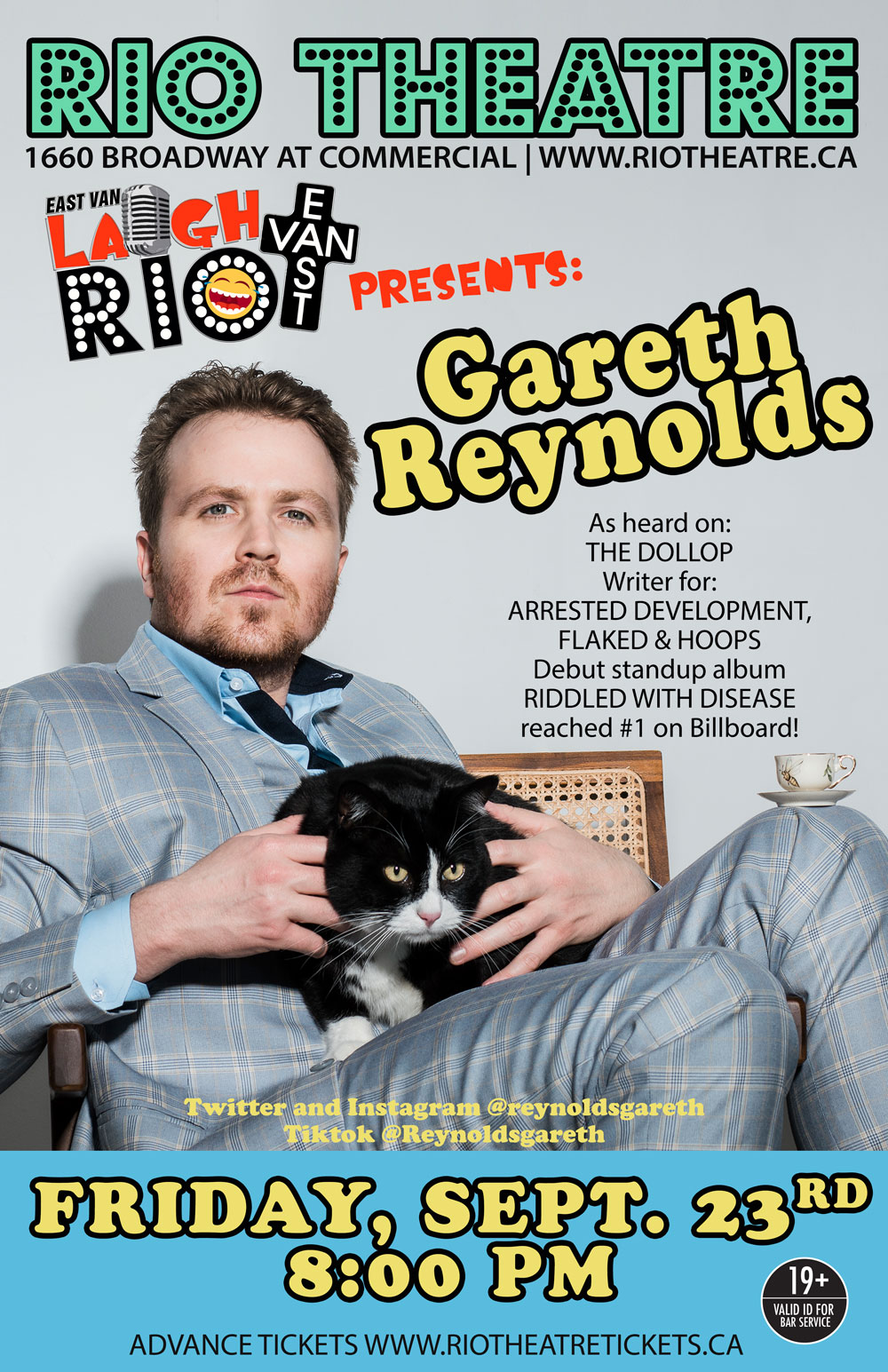 The Rio Theatre and The East Van Laugh RioT are pleased to welcome comedian Gareth Reynolds to the Rio' stage on Friday, September 23.

We are happy to welcome East Van Laugh Riot and local legend Charles Demers (CBC's "The Debaters") as the night's host and emcee and host, with support from our opening comedian Yumi Nagashima.

Gareth has written on ARRESTED DEVELOPMENT, FLAKED and HOOPS for NETFLIX as well as YOU’RE THE WORST on FX and I’M SORRY for truTV. Previous to that he wrote on COMEDY CENTRAL sitcom IDIOTSITTER, took the lead on ABC show HAIL MARY and has been seen on IFC’s MARON.

His debut stand-up album “Riddled With Disease” released Dec. 6 2019 on Comedy Dynamics and reached #1 on Billboard that week.

Originally hailing from the sweet streets of Milwaukee, Wisconsin; Gareth moved to Los Angeles where he began producing and writing his own material, eventually making shows at COMEDY CENTRAL, the TRAVEL CHANNEL, and MTV.

He also has a cat named Jose.