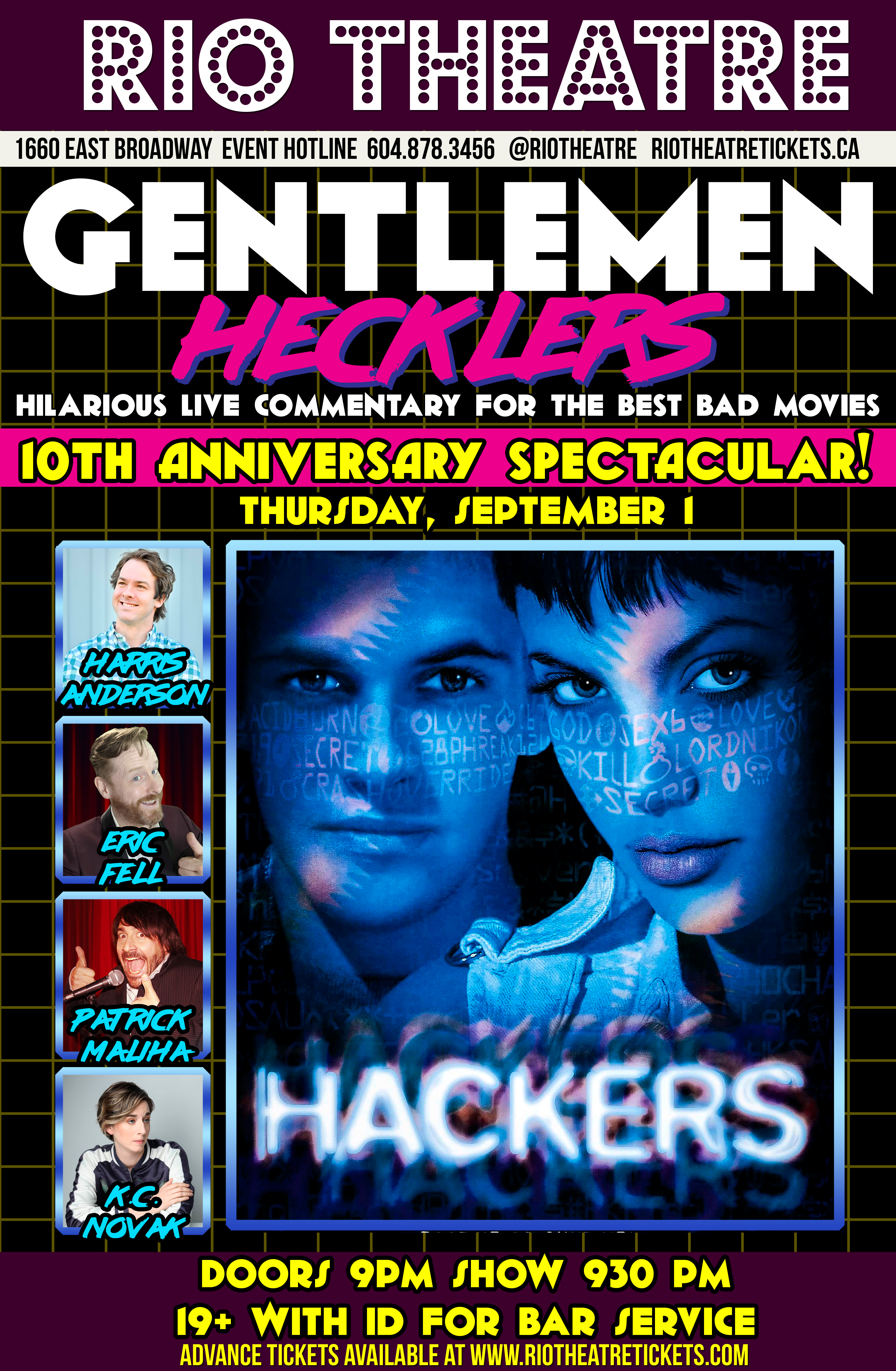 The Gentlemen Hecklers return to the Rio Theatre on Thursday, September 1 for their 10th Anniversary! And to celebrate a decade of live, hilarious commentary for the best, cheesiest movies, they’re bringing back one of their most requested titles (along with hundreds of new jokes), the 1995 classic HACKERS.

Harris Anderson, Eric Fell, Patrick Maliha, and K.C. Novak are Vancouver’s masters of movie riffing, perfecting their craft over the course of nearly 100 shows and festivals, including Just For Laughs Northwest’s “Best of the West” from 2015 to 2019. The Netflix original series “Mystery Science Theater 3000” tapped Eric Fell and Patrick Maliha to write for their Saturn-Award nominated return season, which has a 100% “Fresh” rating on Rotten Tomatoes. The Gentlemen Hecklers is a live comedy show unlike any other.