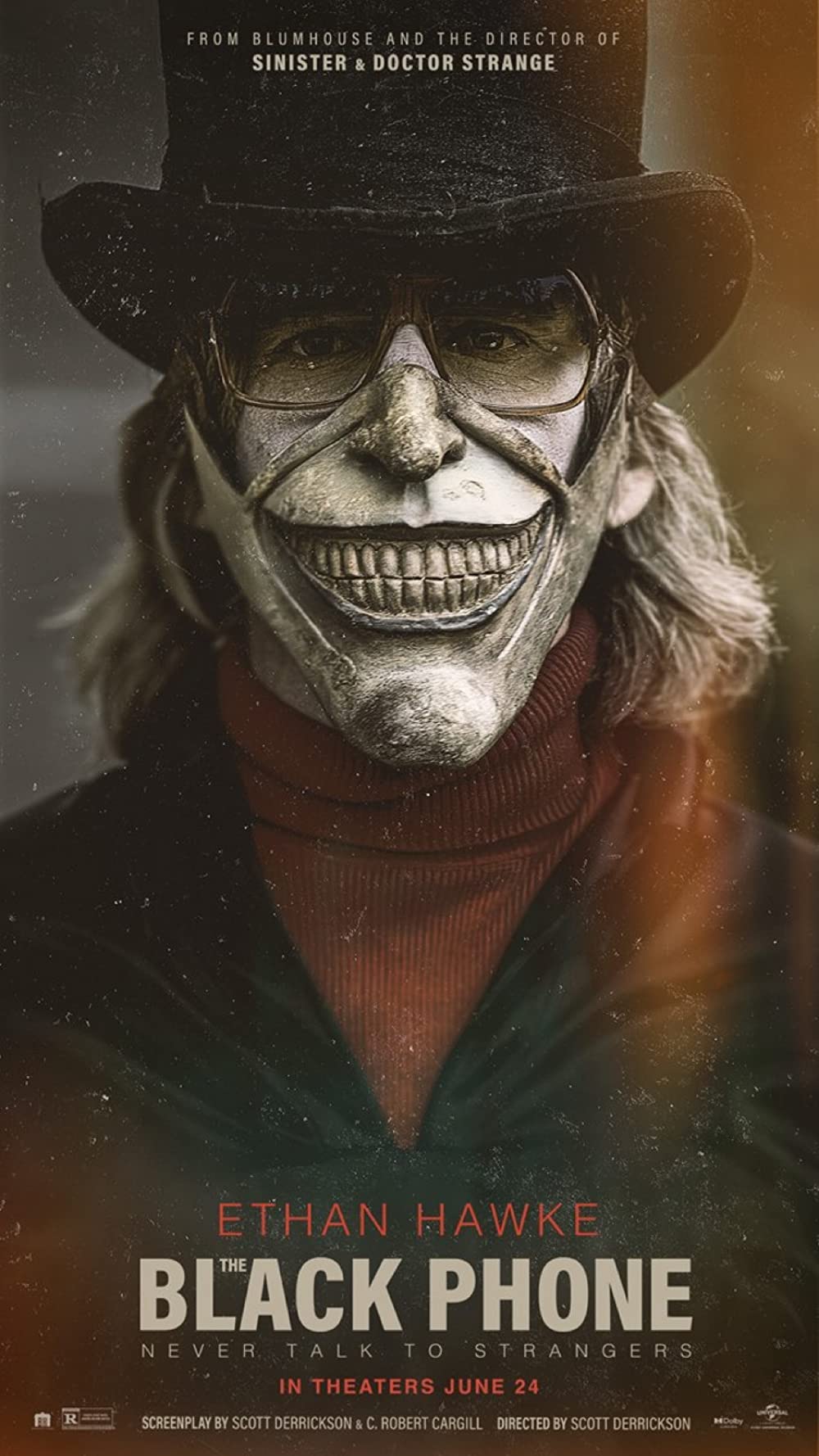 The phone is dead. And it’s ringing.

Director Scott Derrickson (the writer-director of SINISTER, THE EXORCISM OF EMILY ROSE, and Marvel's DOCTOR STRANGE) returns to his terror roots with a new horror thriller, THE BLACK PHONE.

Finney Shaw, a shy but clever 13-year-old boy, is abducted by a sadistic killer and trapped in a soundproof basement where screaming is of little use. When a disconnected phone on the wall begins to ring, Finney discovers that he can hear the voices of the killer’s previous victims. And they are dead set on making sure that what happened to them doesn’t happen to Finney.

Starring four-time Oscar® nominee Ethan Hawke in the most terrifying role of his career and introducing Mason Thames in his first ever film role, THE BLACK PHONE also stars Jeremy Davies and E. Roger Mitchell.

"Despite its darker-than-dark premise — Abduction! Dead kids! Imprisonment! — The Black Phone finds hope in the midst of the horror. Looking for soulful scares this summer? Answer the call." (Empire Magazine)

"'The Black Phone' is at turns breathless, terrifying and crowd-pleasing, but always feels authentic to a time when the streets were prowled by real life boogeymen, whose legends were bolstered by the children who whispered their names." (Detroit News)

"Resonates as a fable about innocence and violation, strength and maturation, and the way in which the sins of the father either empower or corrupt." (The Daily Beast)

"A film set in 1978 that feels like it was made in 1978 in all the best possible ways... There's a raw realism to it in a supernatural setting that I found really compelling." (NPR)

"[Scott Derrickson] proves he can deliver an effective jumpscare -- slick, and not too telegraphed. But there’s a thematic weight here that elevates The Black Phone above any of his previous work in the genre." (Independent UK)

THE BLACK PHONE (Scott Derrickson, 2022 / 103 mins / 14A) After being abducted by a child killer and locked in a soundproof basement, a 13-year-old boy starts receiving calls on a disconnected phone from the killer's previous victims.