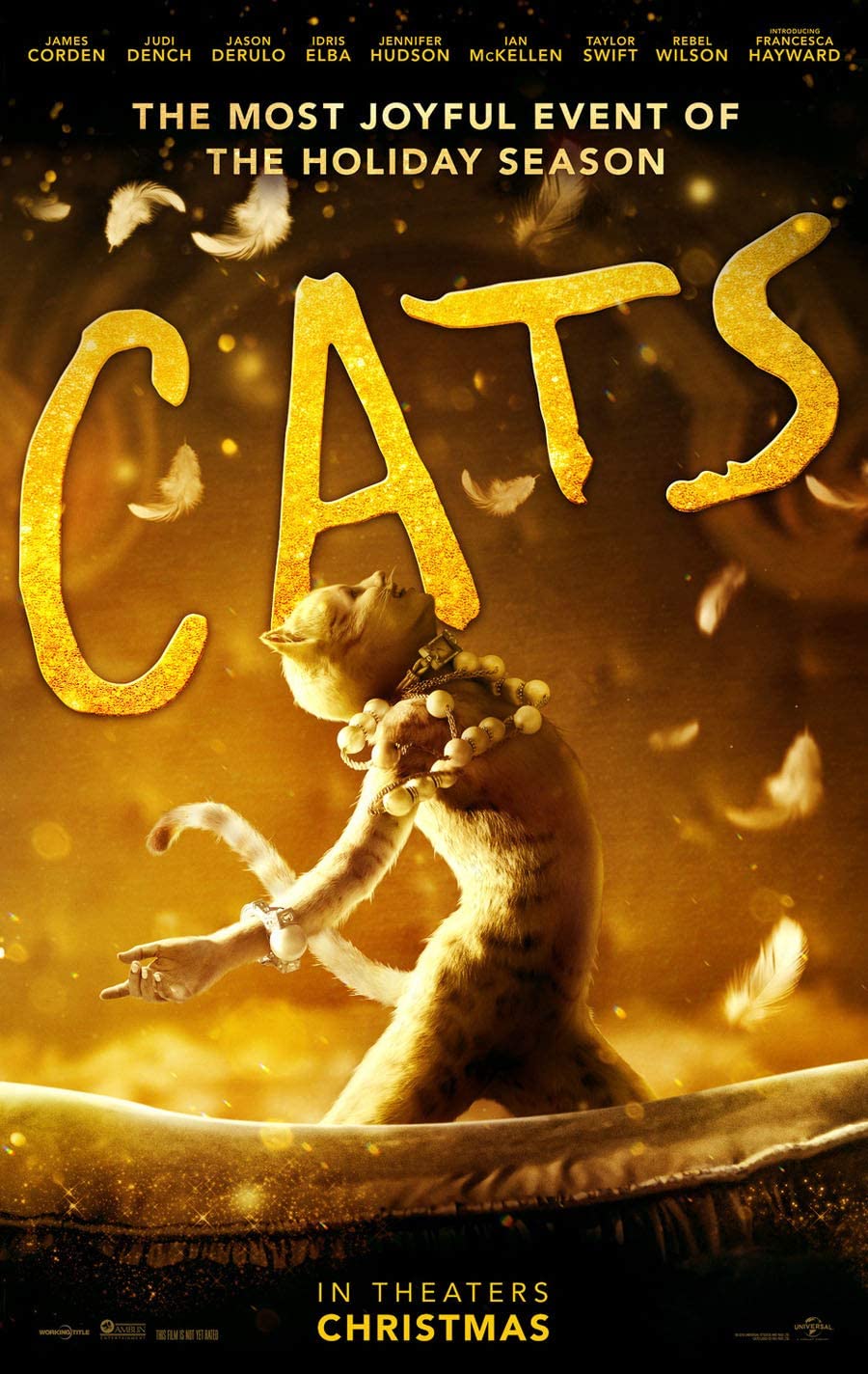 Jellicle cats unite! What's left to be said about CATS that hasn't already been said? The long-awaited, and much maligned, feature film adaptation of the blockbuster musical CATS lands at the Rio Theatre on Monday, August 8 - International Cat Day!

Some may even say that it's destined for cinema's filthiest kitty litter box.

"Whether you think the imagery is beautiful or nightmarish, this is a film that demands to be looked at." (The Atlantic)

"Seeing Jennifer Hudson's snot continue to glisten over her lips, refusing to be wiped away, made me Google, "Can you lose an Oscar?" (Black Nerd Problems)

"The movie is outlandish and sexual and confusing. But that doesn't make it a bad movie. In fact, I'm going to call it a good movie." (USA Today)

CATS (Tom Hooper, 2019 / 110 mins / PG) A tribe of cats called the Jellicles must decide yearly which one will ascend to the Heaviside Layer and come back to a new Jellicle life.