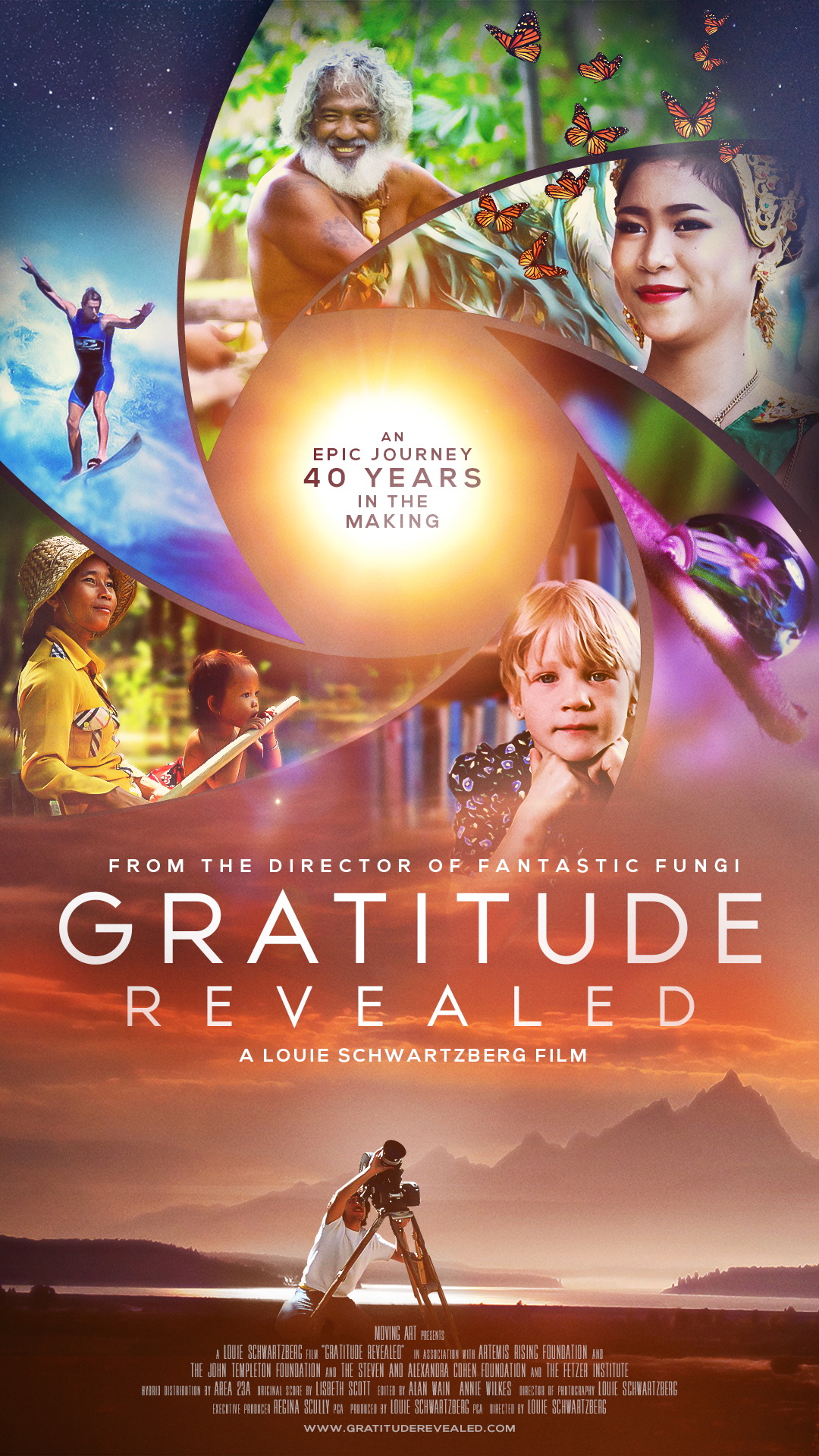 An epic journey forty years in the making, GRATITUDE REVEALED from acclaimed filmmaker Louie Schwartzberg (the director of FANTASTIC FUNGI), takes us on a transformational, cinematic experience of how to live a more meaningful life full of Gratitude through his intimate conversations with everyday people, thought leaders, and personalities revealing Gratitude is a proven pathway back from the disconnection we feel in our lives; disconnection from ourselves, our planet, and each other.

His "Soarin’ Around the World" ride film is one of the most popular attractions at Disney Theme Parks worldwide.

He is the only artist to be inducted into the Association for the Advancement of Science (AAAS) Foundation’s Invention Ambassadors Program.

In 2017 he received the Debra Simon award for Leadership in Mental Wellness from Global Wellness Summit.

He was Oprah Winfrey’s guest on Super Soul Sunday, and his "Gratitude Revealed" programs premiered on the OWN online platform. Louie received the 2020 Grand Visionary Award from the American Visionary Art Museum, in addition to many Clio awards and Emmy nominations.