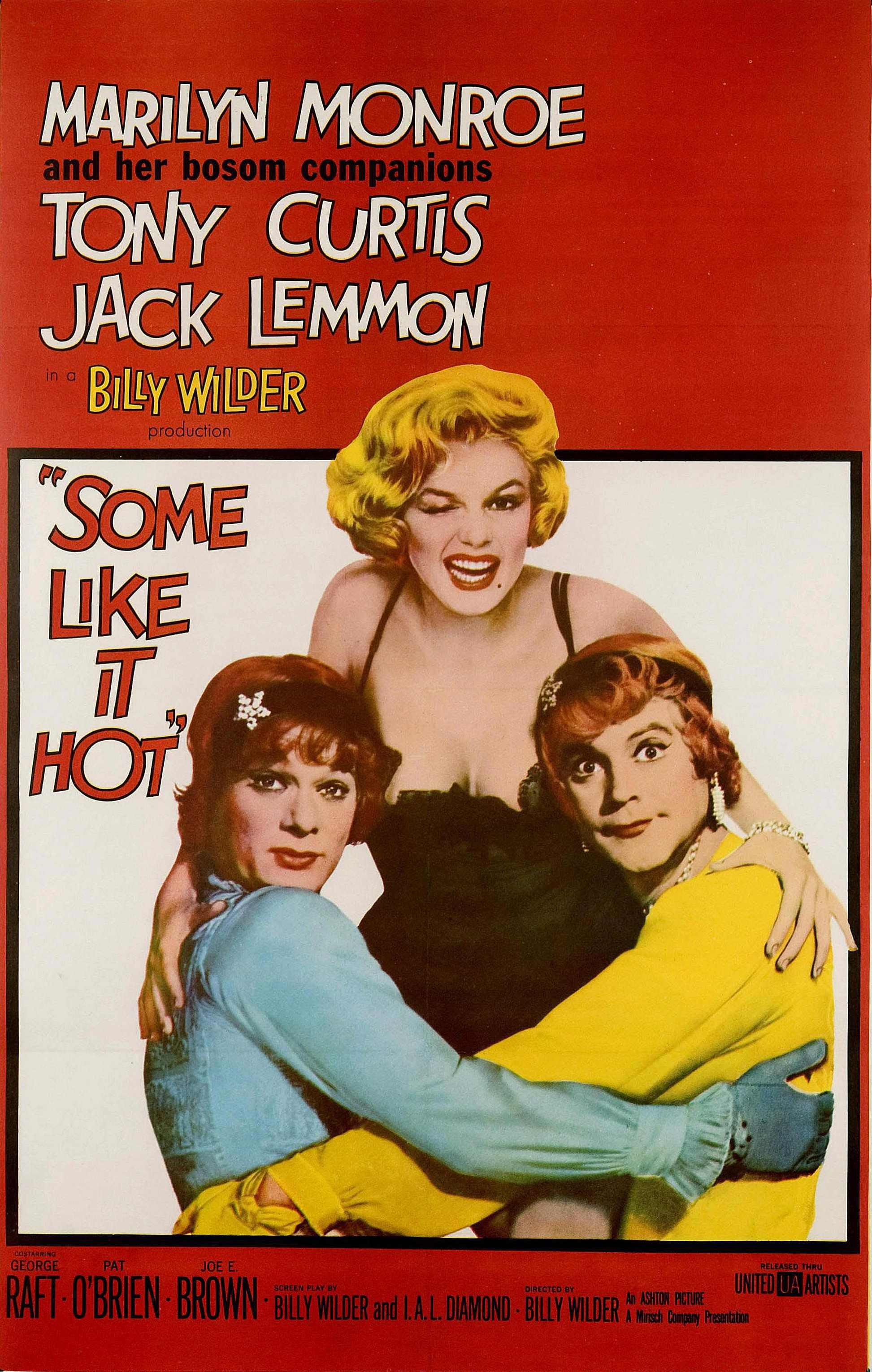 In anticipation of Netflix's upcoming feature BLONDE (adapted from Joyce Carol Oates' biographical novel of the same name), we thought the time was right to revisit one of Marilyn Monroe's best-loved performances in a true Hollywood classic, SOME LIKE IT HOT.

"Nobody’s perfect, as the film’s immortal closing line has it, but some comedies are." (Times UK)

"The film is an outrageous, hilarious, and amazingly unpretentious trip through a funhouse of sexual identities." (Slant Magazine)

SOME LIKE IT HOT (Billy Wilder, 1959 / 120 mins / G) | When two struggling musicians witness a major mob hit, they flee Chicago and go on the lam. Disguised as women, they join a touring all-female band. Complications (and hilarity) set in when one of the men falls for one of his "fellow" female musicians, while a rich suitor falls for the other.