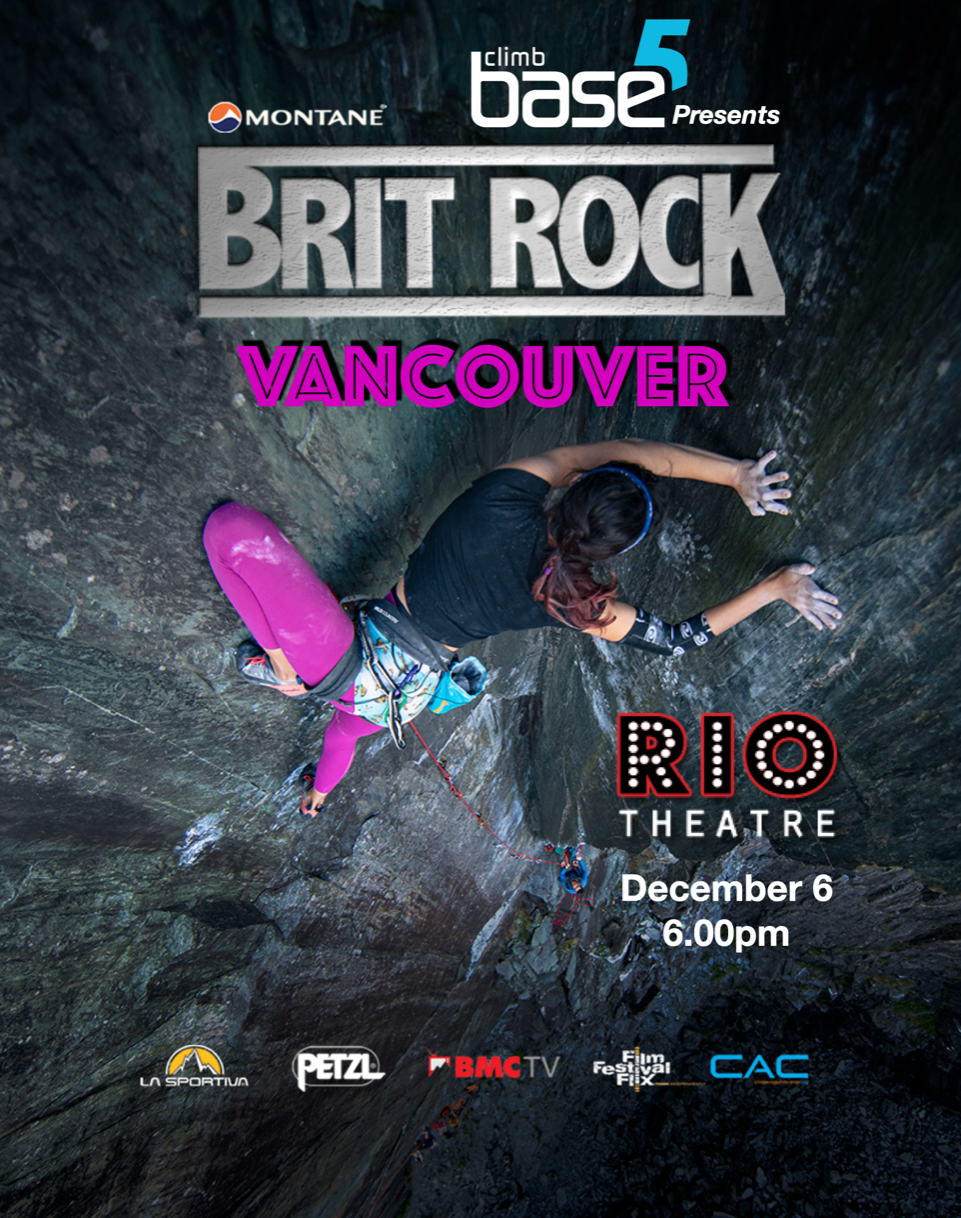 The Brit Rock Film Tour is back for 2022 with another set of showstopper films representing the best of UK climbing and adventure stories in Greenland, Scotland, England and Wales.

“When I heard about Jacob and Bronwyns ambitious plans to sea kayak 450km to climb a 900m big wall in Greenland, I knew I had to see this film !” (Tim Emmett)

This screening will include a brief intermission.
Must be 19+ w/ID for bar service. Minors welcome. Sorry, Rio Theatre Groupons and passes n/a for this event.

This film follows the remarkable visit to the UK of US climber Anna Hazelnutt. Anna teams up with Tom Randall and the sparks fly off the crag both in terms of climbing feats and the volume of fun thrown into each day. Entertaining and compelling Anna has only been trad climbing for 12 months yet under Tom’s stewardship they set themselves the challenge of a one-day ascent of the coveted Quarryman in North Wales and the first female repeat of the notorious Walk of Life at Dyers Lookout in Devon. Tom spots a rare ability in Anna and with his expert guidance blows the lid off a normal trad climbing progression. Join us on this breathtaking and hilarious quest, experience the highs and lows then witness some truly impressive climbing.

Join the wild bunch of Jacob Cook, Bronwyn Hodgins, Angela Vanwiemeersch, Kelsey Watts and Zack Goldberg-Poch, along with professional film maker Jaron Pham, as they take on a modern day expedition in Greenland kayaking 450km to access ‘Sanderson’s Hope’ – an 800m wall rising straight from the Arctic Ocean. The perfect venue for a futuristic big wall free climb. It has never seen a free ascent and these guys intend to be the first. This will be a stunning journey mixing the human with the spectacular in a ground breaking adventure.

The results are now in and after one of the toughest projects he has ever undertaken the feeling amongst all the crew and climbers is that there is something pretty special in the can.

The film follows top climbers Guy Robertson and Greg Boswell in their quest to seek out and climb new winter lines. As is well documented the 2021/22 season has been one of the worst/strangest in recent times. This has only added to the wild drama and resulted in some formations, that have acquired an almost mythical status, being bagged. Greg and Guy make first ascents of truly extraordinary features in some of the most impressive climbing arenas; An Teallach, Glen Coe, Ben Nevis, Craig Meagaidh, and the Cairngorms.

The film tells the story from both sides of the lens and delivers a production value as yet unseen for Scottish winter climbing. Accompanying the multi-layered narrative and gripping action are interviews with Simon Richardson and Helen Rennard. The expert analysis delves into the rich climbing history, reflects on recent losses and gives the world stage context of what makes the Scottish winter so special.