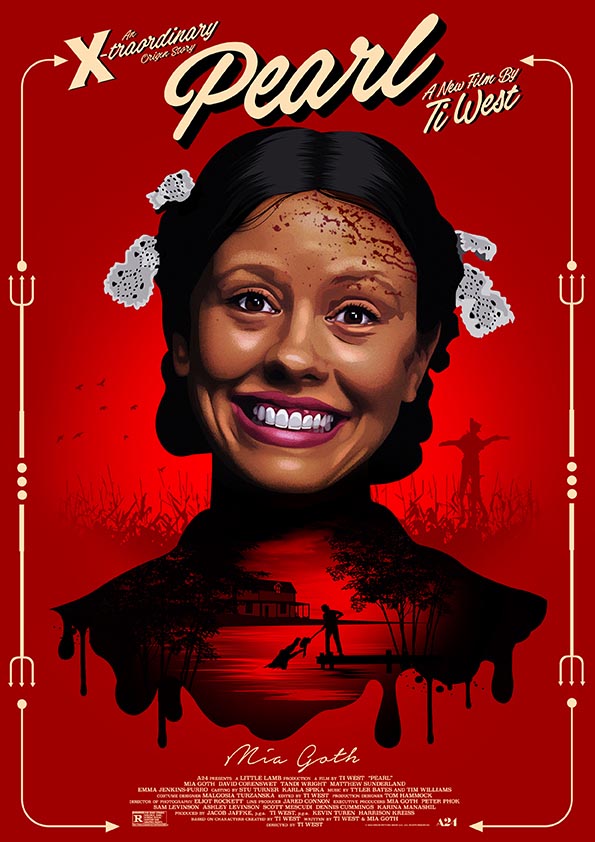 Filmmaker Ti West returns with another chapter from the twisted world of X, in this astonishing follow-up to the year's most acclaimed horror film.

Trapped on her family's isolated farm, Pearl (Mia Goth) must tend to her ailing father under the bitter and overbearing watch of her devout mother. Lusting for a glamorous life like she's seen in the movies, Pearl finds her ambitions, temptations, and repressions all colliding in this stunning, technicolor-inspired origin story of X's iconic villain.

"You leave admiring the film’s kills, the lingua franca of any slasher flick. What stays with you, though, is its portrait of a psychological crack turning into a chasm." (Rolling Stone Magazine)

"'Pearl' finds Ti West squeezing fresh gore out of the world he created with X -- and once again benefiting from a brilliant Mia Goth performance." (Rotten Tomatoes)

"If Douglas Sirk made a slasher flick, it would be Pearl." (Filmweek LA)

PEARL (Ti West, 2022 / 18A) Trapped on an isolated farm, Pearl must tend to her ailing father under the watch of her mother. Lusting for the glamorous life she's seen in movies, Pearl's temptations and repressions collide.