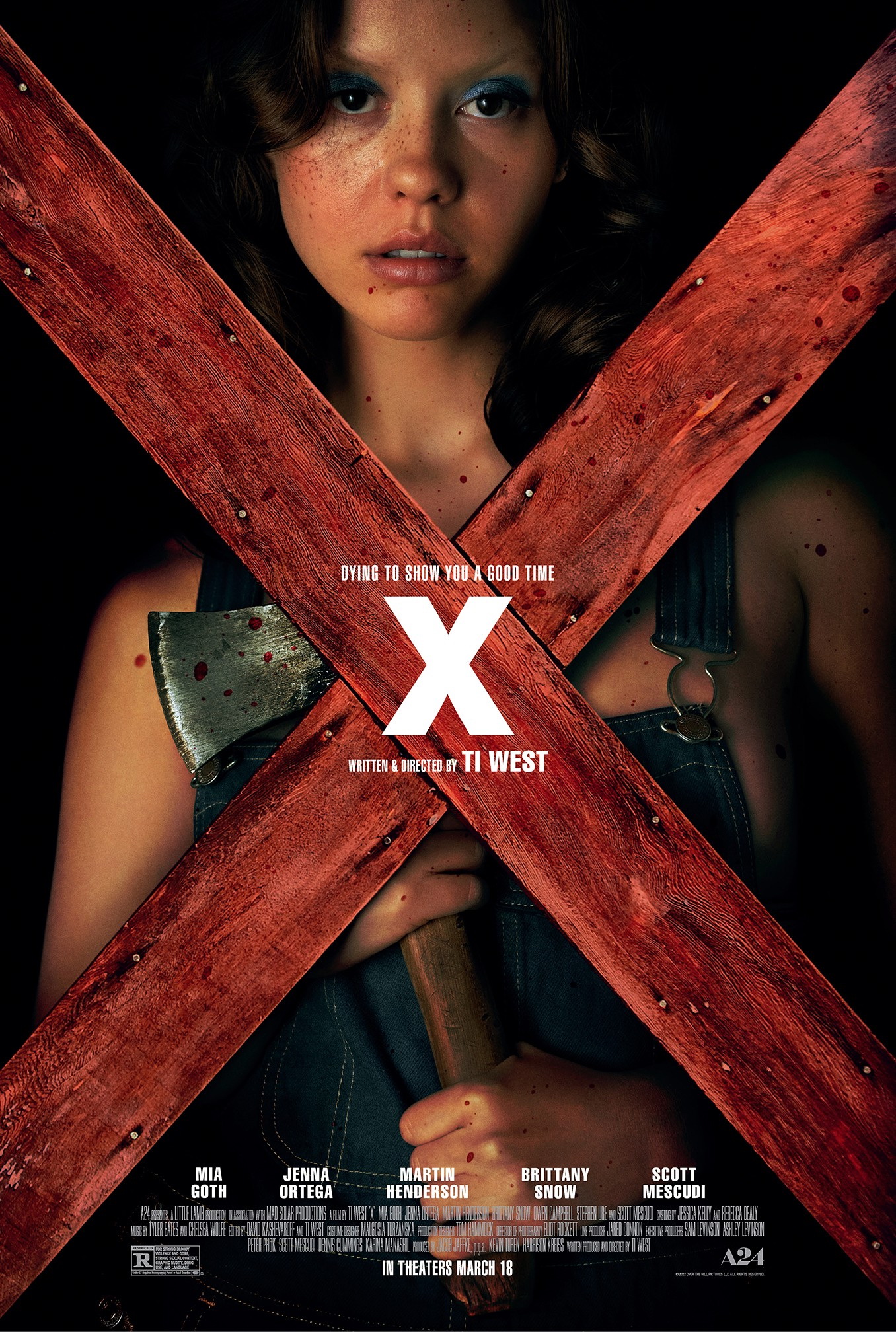 Set in 1979, X follows a group of young filmmakers who set out to make an adult film in rural Texas. Things get complicated and dangerous when their reclusive, elderly hosts catch them in the act, which leaves the cast fighting for their lives. With Mia Goth, Jenna Ortega, Martin Henderson, Brittany Snow, Owen Campbell, Stephen Ure, and Scott Mescudi.

"A fresh spin on the classic slasher formula, X marks the spot where Ti West gets resoundingly back to his horror roots." (Rotten Tomatoes)

"This is really great, a throwback to those grindhouse films of the 1970s." (Filmweek / NPR)

"Bloody. Brutal. Grungier than a big-city back alley and more guts-strewn than a slaughterhouse. This is how you like your slasher-flick horror, and trust us when we say Ti West has your back." (Rolling Stone)

"The rare recent horror movie that remembers the genre is at its best when its fun, depraved and undercover smart." (NOW Toronto)

"This is an homage but also a strikingly original and cheerfully grotesque work, filled with dark humor, relatively complex subtext and gung-ho, all-in performances from the talented ensemble cast." (Chicago Sun-Times)

Monday, November 7
X
8:45 pm *As this is screening as part of a double bill, the start time is approximate.

X (Ti West, 2022 / 106 mins / 18 A) In 1979, a group of young filmmakers set out to make an adult film in rural Texas, but when their reclusive, elderly hosts catch them in the act, the cast find themselves fighting for their lives.