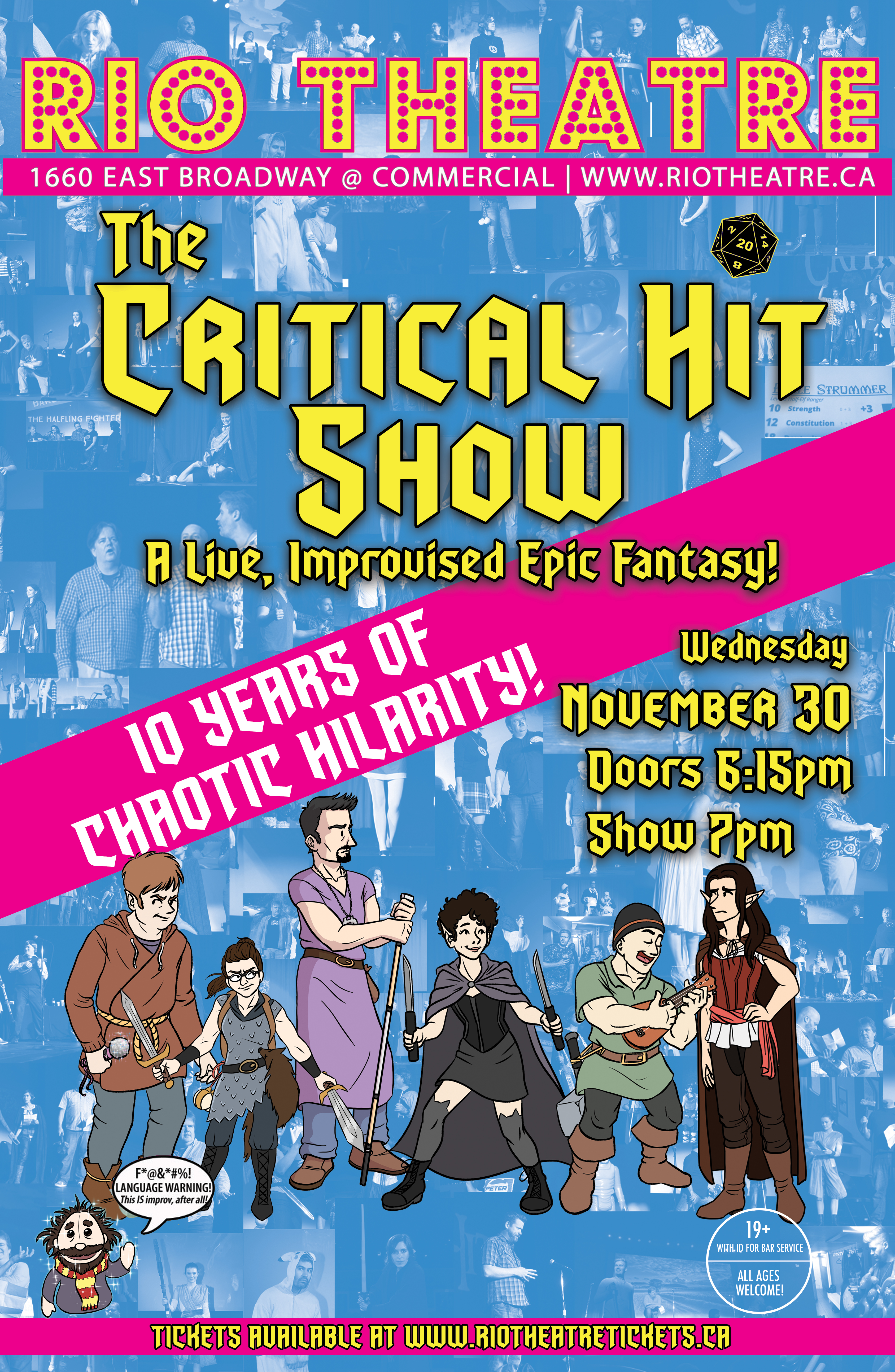 Whether you’re a longtime fan, you’ve been enjoying our live streamed shows, or you’re brand new to The Critical Hit Show - you’re going to have a great time.