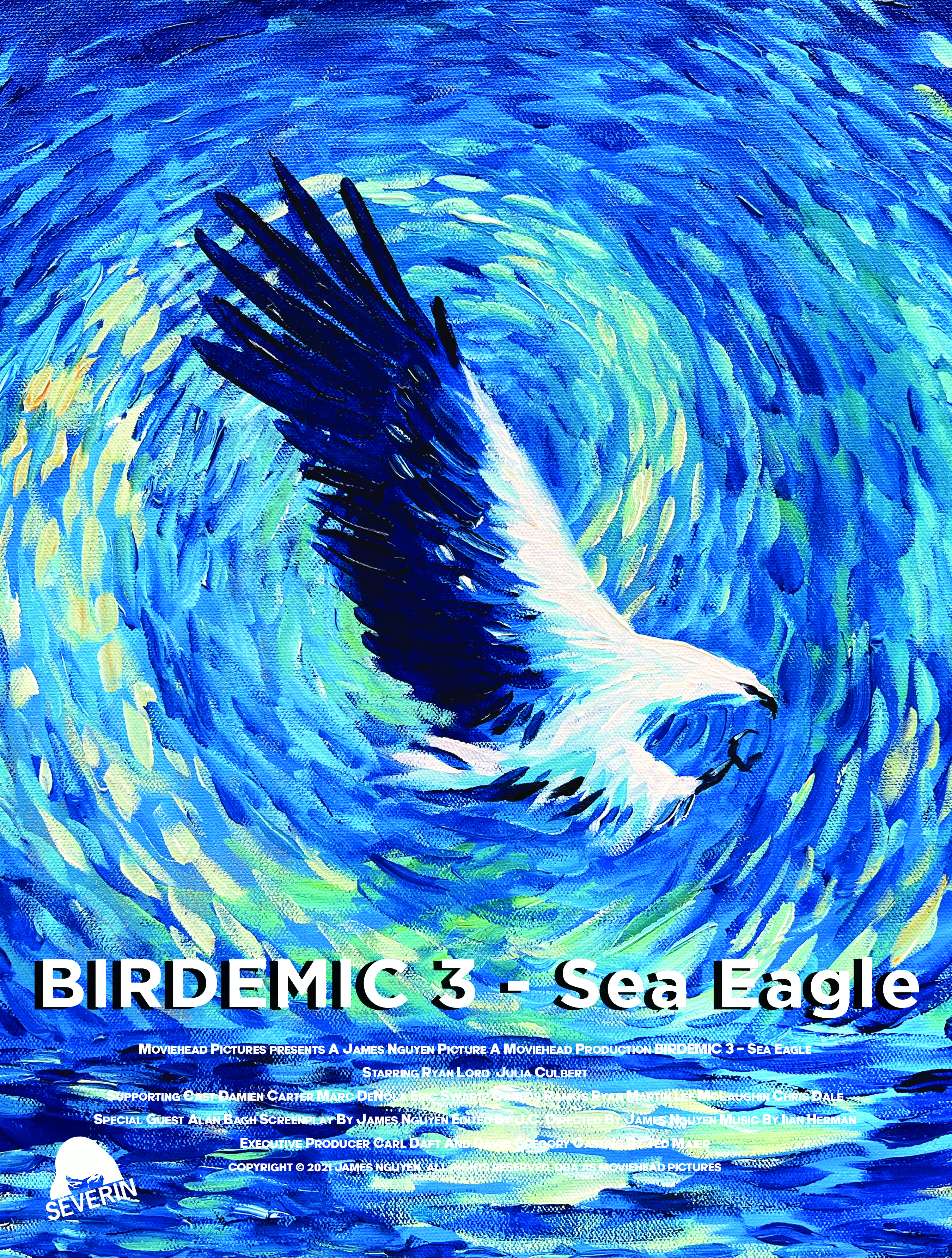 "Legend. Virtuoso. Master of his craft..."

From writer/director James Nguyen – the self-trademarked “Master of the Romantic Thriller” – comes this all-new sequel to his 2010 eco-horror sensation BIRDEMIC: SHOCK AND TERROR. (A film hailed as, “the worst film ever made and a true cult hit” by The Guardian.)

When global warming triggers climate chaos along the Northern California coast, two scientific researchers will discover tender romance, awkward dancing, overly earnest moralizing, appalling CGI, automatic weapons, and a plague of attacks by sea eagles that could lead to the extinction of life on earth. Why did the birds attack? Who will survive? As one character wisely proclaims in this conclusion of Nguyen’s immortal cinematic vision, “We have to accept our fate. It is death.”

"No matter what title you bestow upon director James Nguyen, the fact remains that he is responsible for one of the most unimaginable feats of moviemaking in the history of modern cinema.” (Bloody Disgusting)

“James Nguyen is a riveting filmmaker… Not even George Lucas could take open-air shots of actors flailing around without a green screen and seamlessly integrate CGI eagles later.” (AV Club)

"BIRDEMIC 3 – Sea Eagle is the true sequel that Nguyen wanted to make after the original film. While that may not be what audiences wanted in terms of gonzo hilarity, Nguyen’s good intentions alongside his amusingly incompetent filmmaking may win you over." (Their Own League)

BIRDEMIC 3: SEA EAGLE (James Nguyen, 2022 / 83 mins) From writer/director James Nguyen comes the new sequel to his 2010 cult-hit BIRDEMIC: SHOCK AND TERROR, “the worst film ever made and a true cult hit” (The Guardian). In this sequel, global warming causes sea eagles to attack and kill humans.