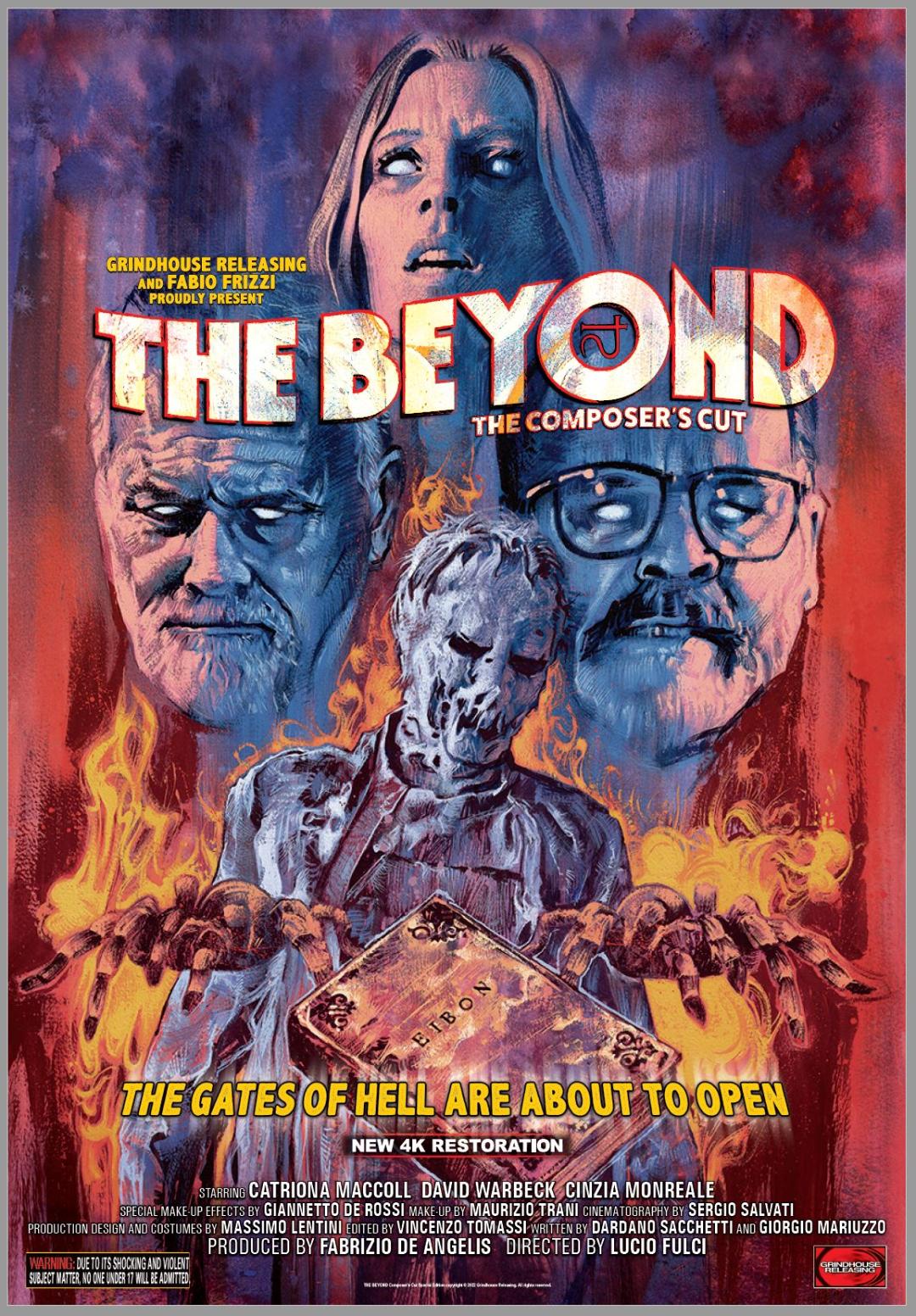 The Beyond: The Composer's Cut (2022 Restoration)

Don't go in unless you're ready to die!

From legendary Italian horror maestro Lucio Fulci (ZOMBIE FLESH EATERS) comes the ultimate classic of supernatural terror, THE BEYOND. Inspired from the work of H.P. Lovecraft, Fulci's gory and surreal "Italian Gothique" masterpiece is the epitome of the "cosmic horror" genre, and the second installment in his so-called "Gates of Hell" trilogy.

In 2022, Grindhouse Releasing teamed with legendary composer Fabio Frizzi to present a brand-new 4K restoration of the film, THE BEYOND: THE COMPOSER’S CUT, featuring Frizzi’s new score, newly scanned from the original camera negatives. Says Grindhouse Releasing co-founder Bob Murowski, “It’s the best the movie has ever looked and a whole new experience in terror with Fabio’s brilliant new score!”

A remote and cursed hotel, built over one of the seven gateways, becomes a yawning malevolent abyss that begins devouring both the bodies and the souls of all who enter in a graphic frenzy of gory crucifictions, chunkblowing chain-whippings, eyeball impalements, sulphuric acid meltdowns, flesh-eating tarantulas, throat-shredding demon dogs and ravenous bloodthirsty zombies. THE BEYOND is a towering achievement in hair-raising, mind-bending cinematic terror! With Catriona MacColl, David Warbeck, Cinzia Monreale.

"'The Beyond' does not disappoint.” (Roger Ebert)

THE BEYOND "E tu vivrai nel terrore! L'aldilà" (Lucio Fulci, 1981 / 87 mins / 18A) A young woman inherits an old hotel in Louisiana where, following a series of supernatural "accidents", she learns that the building was built over one of the entrances to Hell.