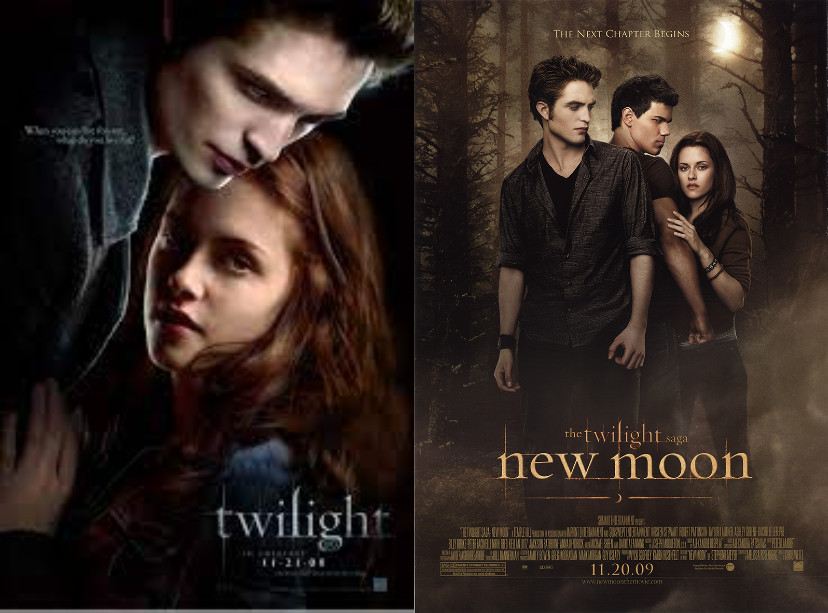 High-school student Bella Swan (Kristen Stewart), always a bit of a misfit, doesn't expect life to change much when she moves from sunny Arizona to rainy Washington state. Then she meets Edward Cullen (Robert Pattinson), a handsome but mysterious teen whose eyes seem to peer directly into her soul. Edward is a vampire whose family does not drink blood, and Bella, far from being frightened, enters into a dangerous romance with her immortal soulmate.

"I watched 'Twilight" in a cinema full of young girls who, when they weren't texting friends and guzzling soft drinks, giggled, sighed and exhaled with a passion that was not only endearing, but a measure of its emotional truth." (Daily Telegraph)

"A sometimes girlie swirl of obsession that will delight fans, this faithful adaptation is after teenage blood, and will most likely hit a box office artery." (Empire Magazine)

"The two hormonal teenagers sizzle like sausages in a frying pan. The supernatural stunts don't disappoint. Neither does the deadpan wit." (Times UK)

TWILIGHT: NEW MOON
Movie 11:15 pm *As this is screening as part of a double feature, the start time is subject to change. Please arrive on time,

TWILIGHT (Catherine Hardwicke, 2002 / 122 mins / PG) When Bella Swan moves to a small town in the Pacific Northwest, she falls in love with Edward Cullen, a mysterious classmate who reveals himself to be a 108-year-old vampire.

*Minors permitted. Must be 19+ w/ ID for bar service. All seating is general admission.
*Online ticket sales end an hour before showtime. Unless otherwise noted, they are also available for purchase at the door.
**Rio Theatre Groupons and passes OK for any single film only. Please redeem at the door, or email riomanagers@gmail.com with detailed info if you'd like to redeem in advance.