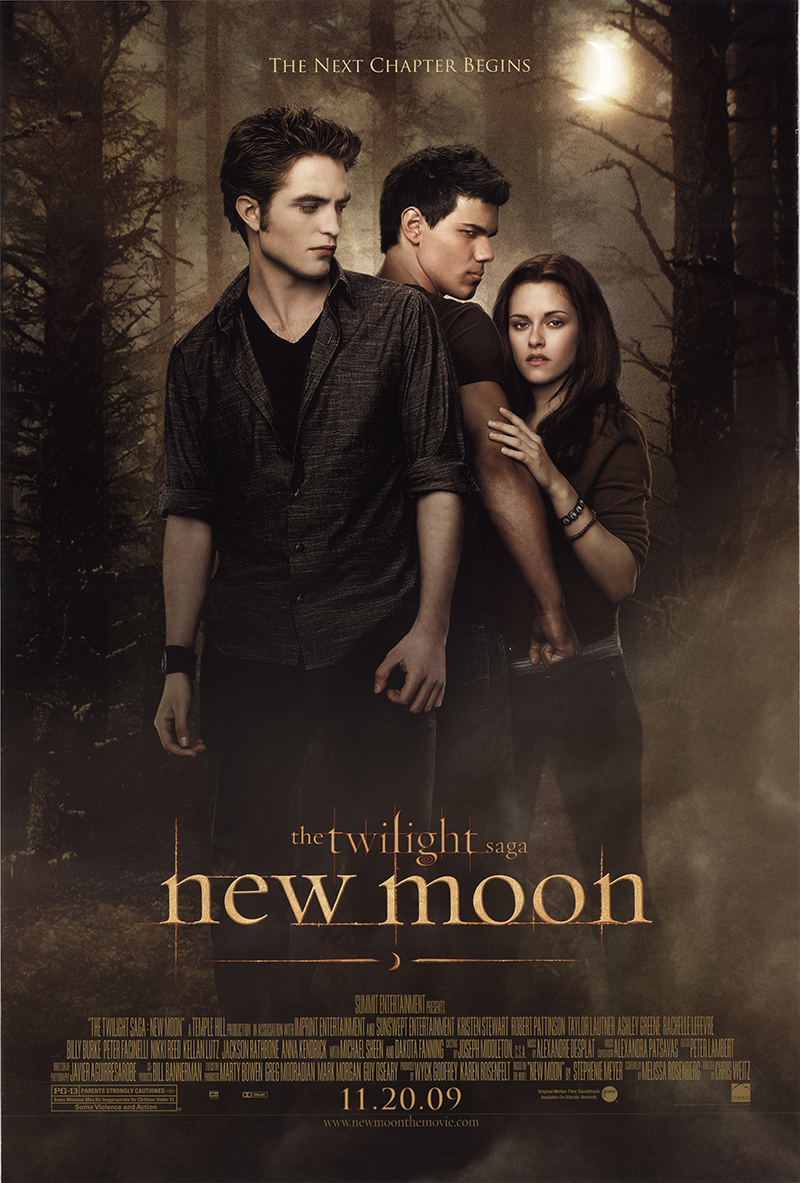 The next chapter begins...

After Bella (Kristen Stewart) recovers from the vampire attack that almost claimed her life, she looks to celebrate her birthday with Edward (Robert Pattinson) and his family. However, a minor accident during the festivities results in Bella's blood being shed, a sight that proves too intense for the Cullens, who decide to leave the town of Forks, Washington for Bella and Edward's sake. Initially heartbroken, Bella finds a form of comfort in reckless living, as well as an even-closer friendship with Jacob Black (Taylor Lautner). Danger in different forms awaits.

"So long as there are people, there will be love stories -- I hope they all feel as lush and lively as this one." (Film.com)

"I am not ashamed to admit that I will be the first in line for Twilight part three." (Observer)

TWILIGHT: NEW MOON
Movie 11:15 pm
*As this is screening as part of a double feature, the start time is subject to change. Please arrive on time,