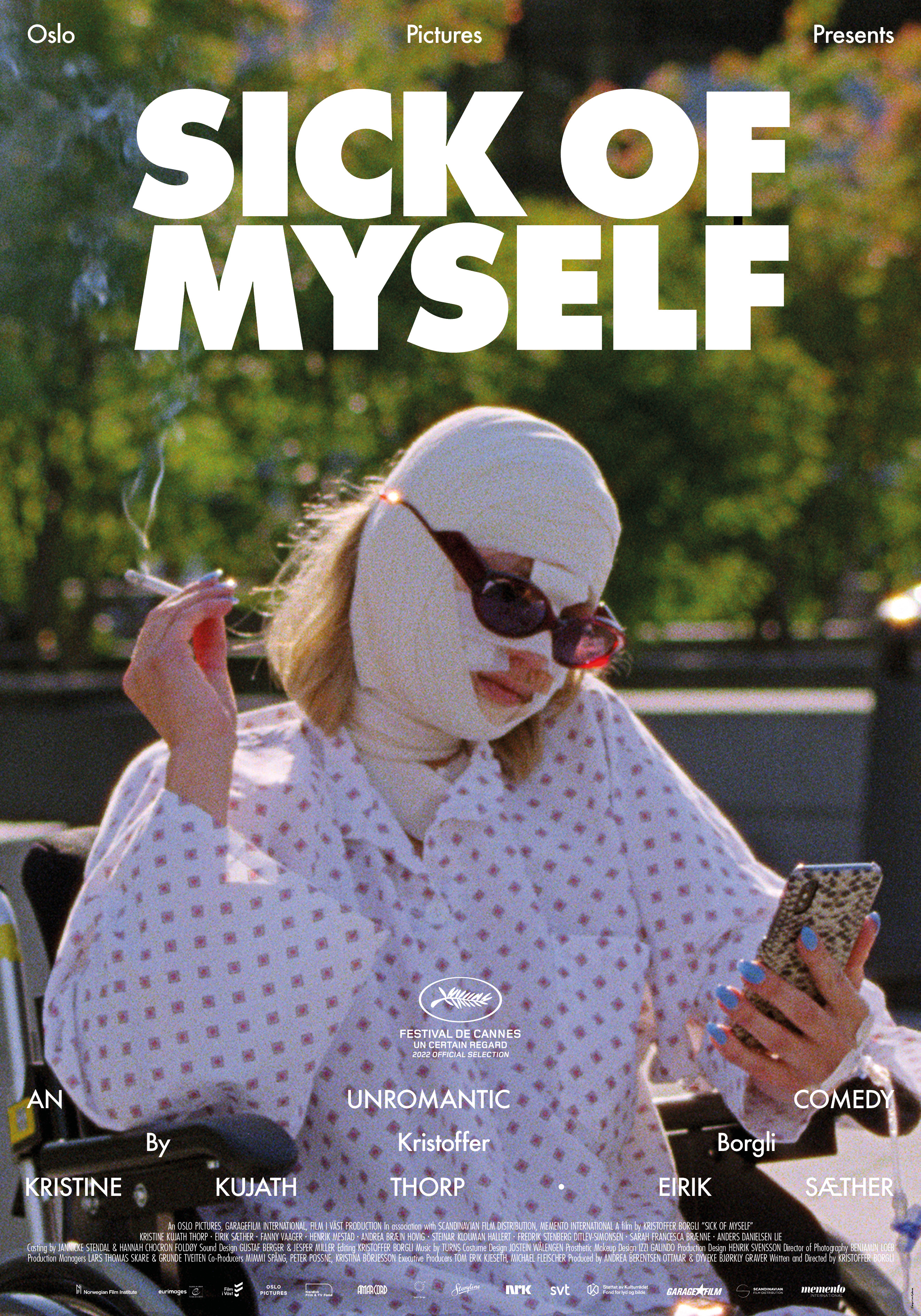 Norwegian filmmaker Kristoffer Borgli's black comedy SICK OF MYSELF ("Syk pike") was a hit at this year's Cannes Film Festival, where it was nominated in the Un Certain Regard category, and has been making waves at film fests around the world ever since.

The film follows a self-absorbed couple, Signe and Thomas, who are in an unhealthy, competitive, toxic relationship. Things take a vicious turn when Thomas suddenly breaks through as a contemporary artist, achieving a level of fame and success. In response, Signe makes a desperate attempt to gain something for herself, and regain her status by creating a new persona hell-bent on attracting attention and sympathy.

"The blackest of black comedies, there are moments so cringe-inducing you will curl up so far inside yourself you might implode." (Flick Feast)

"It’s a deranged and delightfully cynical work of art that proves attention-seeking for the sake of fame always comes at a much higher cost than living in the shadows of other people’s success." (Film Inquiry)

"For anyone who’s watched a partner realize their dreams, a trusted colleague get promoted, or a friend become famous, and curdled with jealousy and resentment, Kristoffer Borgli has made the film for you." (The Playlist)

SICK OF MYSELF "Syk pike" (Kristoffer Borgli, 2022 / 95 mins / Norwegian with English subs) Increasingly overshadowed by her boyfriend's recent rise to fame as a contemporary artist creating sculptures from stolen furniture, Signe hatches a vicious plan to reclaim her rightfully deserved attention within the milieu of Oslo's cultural elite.