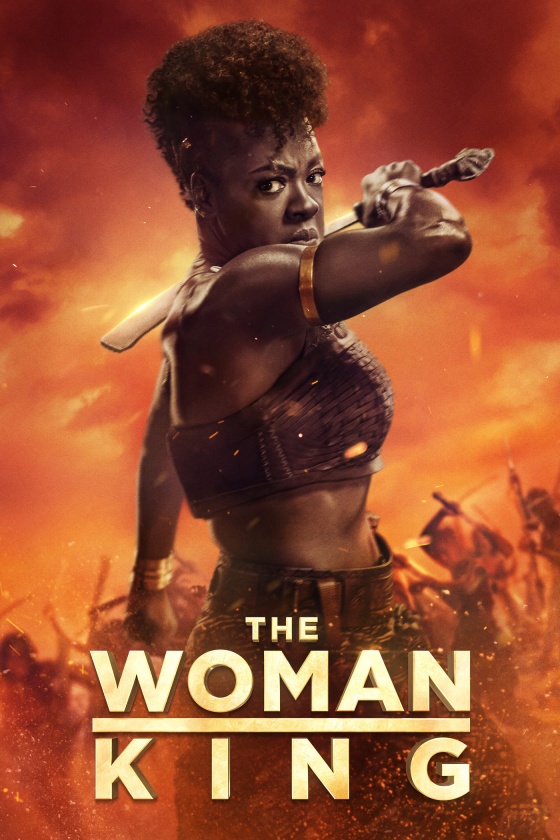 THE WOMAN KING is the remarkable story of the Agojie, the all-female unit of warriors who protected the African Kingdom of Dahomey in the 1800s with skills and a fierceness unlike anything the world has ever seen. Inspired by true events, THE WOMAN KING follows the emotionally epic journey of General Nanisca (Oscar®-winner Viola Davis) as she trains the next generation of recruits and readies them for battle against an enemy determined to destroy their way of life. Some things are worth fighting for.

"A thunderously cinematic good time: see it on the biggest screen you can find." (Observer UK)

"If you're someone who loves action movies that use "true events" as an entry to a deeper narrative about surviving trauma, defying misogyny and overcoming personal torment in the face, along with all the ass-kicking, then The Woman King is a masterpiece." (Salon.com)

"An exemplary intersectional feminist call to arms for the African sisterhood to keep building on the achievements of their female ancestors amd to keep fighting – and dancing – as they did, or might have done... With or without the approval of their patriarch." (Sight & Sound)

"It is a film designed to inspire audiences and elicit cheers and, by and large, it succeeds." (AV Club)

THE WOMAN KING (Gina Prince-Bythewood, 2022 ) In the 1800s, a group of all-female warriors protects the African kingdom of Dahomey with skills and fierceness unlike anything the world has ever seen. Faced with a new threat, Gen. Nanisca trains the next generation of recruits to fight against a foreign enemy that's determined to destroy their way of life.