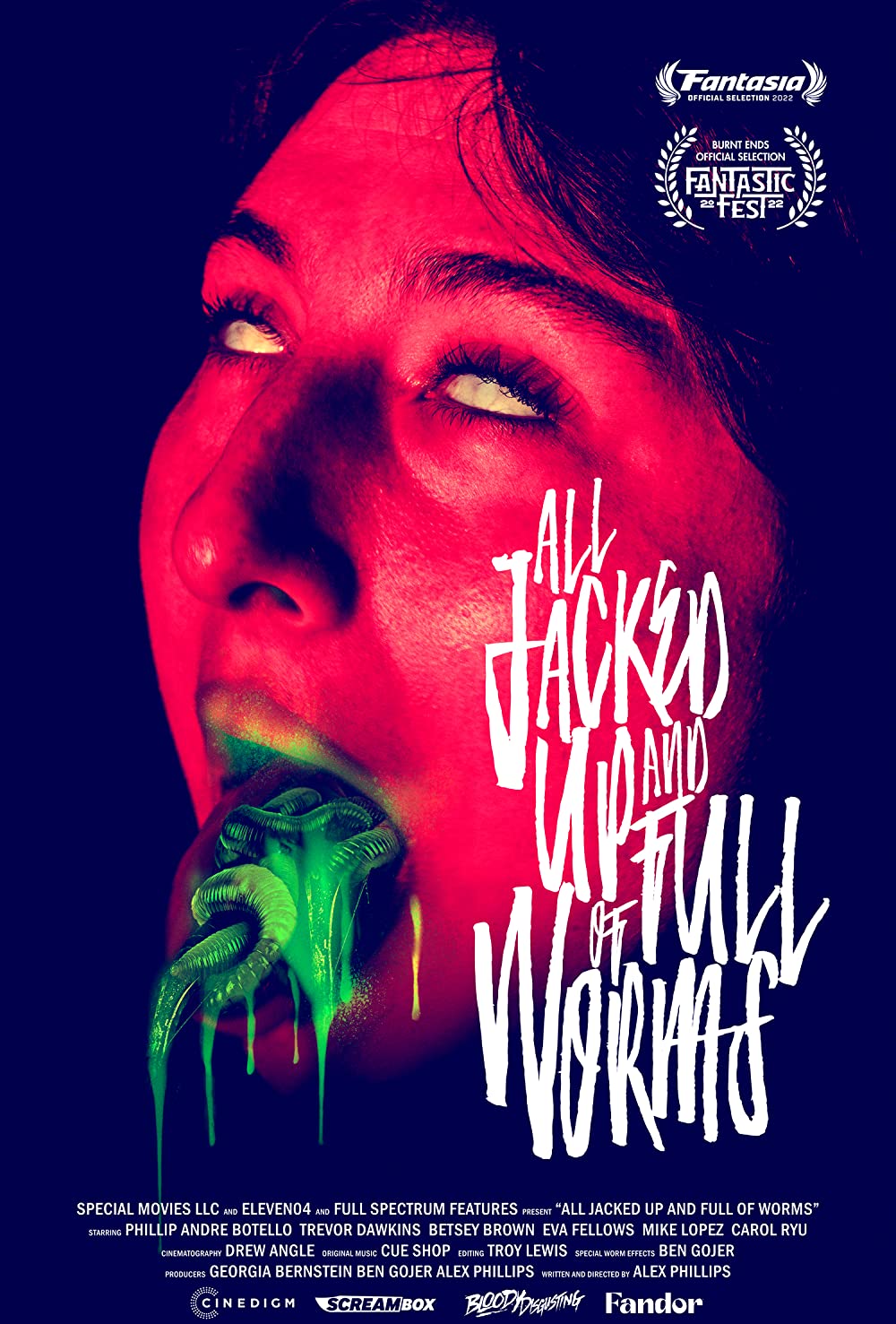 All Jacked Up and Full of Worms

If there's one thing a year at the Rio Grind Film Festival can't go without, it's a totally polarizing, debaucharous , borderline degenerate transgressive movie filed with gross-out moments that sear the eyeballs, leaving a forever-scar on the brains of those lucky enough to take it in on the big screen. And this year, that honour belongs to the debut feature of writer-director Alex Philips, whose soon-to-be-classic underground horror comedy ALL JACKED UP AND FULL OF WORMS has been polarizing and grossing out audiences at film festivals around the world all year. We're happy to bring this to Vancouver! (Warning: Trigger warnings. All of them.)

ALL JACKED UP AND FULL OF WORMS follows Roscoe, a janitor for a scuzzy love motel (whose girlfriend has brought another man home for strange rituals) drifts through life until he discovers a hidden stash of powerful hallucinogenic worms. Guided by visions of a giant floating Worm, he encounters Benny, a moped enthusiast trying to manifest a baby from an inanimate sex doll. They fall in love with doing worms together on a downward spiral into the primordial ooze. With Phillip Andrew Botello (THE

“The film took home a special jury mention from Fantasia Festival’s New Flesh competition, a hugely impressive feat for a pandemic-shot debut with a tiny budget. If worms are your movie snack of choice (and no, not the gummy variety), then 'All Jacked Up' will be one freakfest you don’t want to miss.” (Fangoria Magazine)

"An underground comedy in the taboo-breaking spirit of John Waters and his 70s dreamlanders' the type of film where everyone is high and naked and reveling in filth and degeneracy." (Letterboxd)

"It's sure to become a gross-out classic that'll have audiences talking for years to come." (Dread Central)

"All Jacked Up and Full of Worms nestles itself comfortably within the long history of drugs on screen, but does so with its own personality and flair. Also, the drugs are worms." (Paste Magazine)

"'All Jacked Up and Full of Worms' is a work of gutter psychedelia, and should ideally be watched after midnight on a cruddy VHS on your staticky basement TV." (Boston Hassle)

ALL JACKED UP AND FULL OF WORMS (Alex Phillip, 2022 / 72 mins) Follows Roscoe, a seedy motel maintenance man, after discovering some powerful hallucinogenic worms he meets Benny, They fall in love making worms together before embarking on an odyssey of sex and violence.