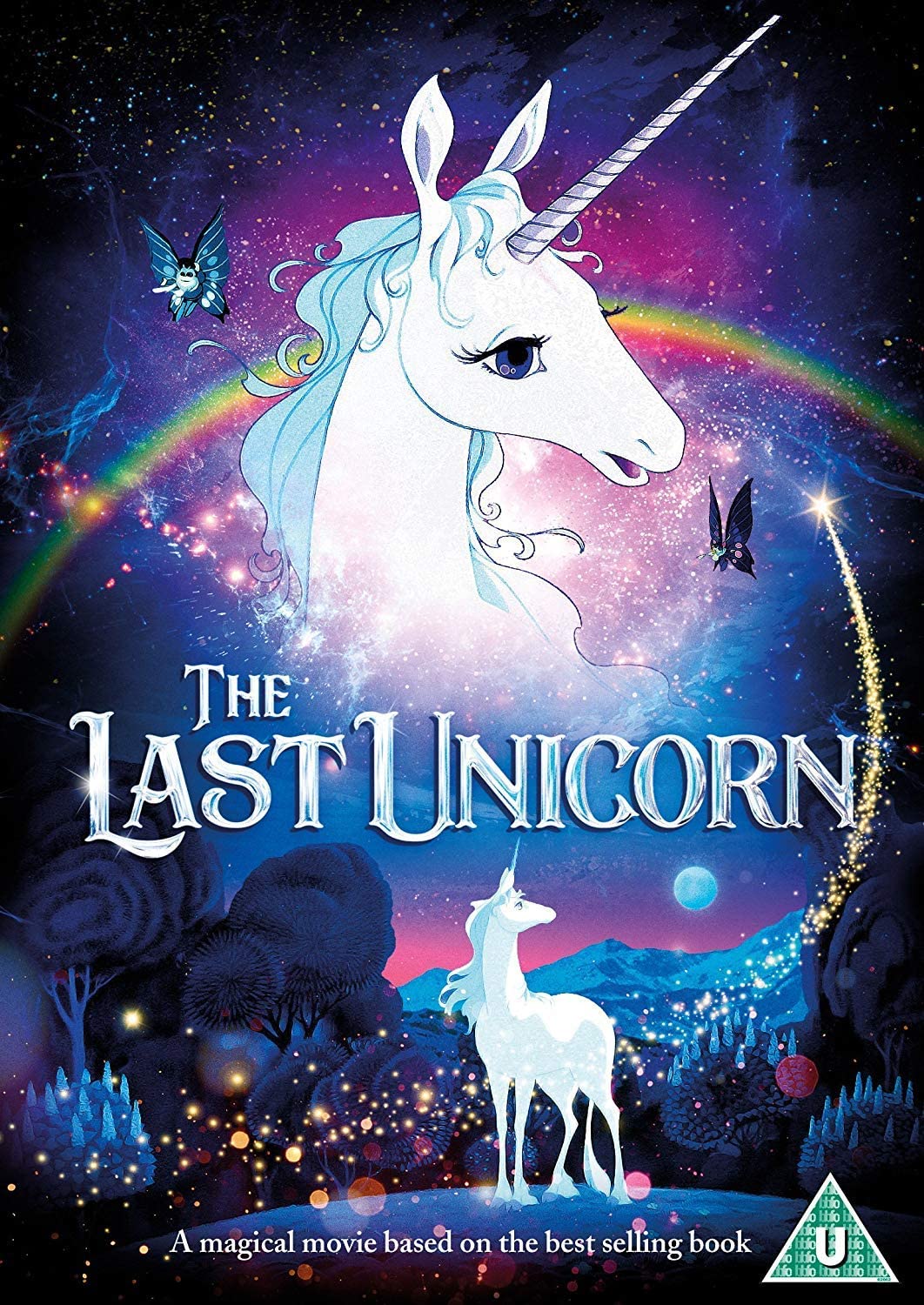 Peter S. Beagle's iconic 1968 fantasy novel THE LAST UNICORN comes to life in one of the most beloved animated features of the 80s - perfect for movie lovers of all ages! Directors Arthur Rankin Jr. and Jules Bass' (the team behind numerous 70s-era children's Holiday staples) THE LAST UNICORN features the star-studded vocal talents of Mia Farrow, Christopher Lee, Alan Arkin, Jeff Bridges, Angela Lansbury and a memorable soundtrack from the band America to tell an utterly enchanting story about a young, lonely unicorn who summons the courage to defeat a villainous King...

When the young unicorn (Farrow) learns that she's in danger and that she may soon be the last of her kind, she leaves the safety of her protected forest and enlists the help of a gentle, albeit clumsy, sorcerer named Schmendrick (Arkin) to embark upon a long and dangerous journey with one goal: to defeat Haggard (Lee) and save the unicorns from extinction.

"A story filled with genuine sweetness and mystery... An unusual children’s film in many respects, the chief one being that it is unusually good.”" (New York Times)

"Some horrific moments (the mark of the best fairytales) and some sublimely witty lines." (Time Out Magazine)

"It possesses a lyric grace and flights of surreal fancy that set it apart from many other animated productions... Childrens’ movies are often riddled with bizarre anachronisms, and this one is no exception. It’s full of rich ideas and revisions of outdated, sexist stereotypes, and thereby feels more modern than many animated classics. Additionally, it’s often gorgeous: The lushly rendered landscapes are impeccably drawn. Plus, it’s so endearingly odd." (The AV Club)

THE LAST UNICORN (Arthur Rankin Jr., Jules Bass, 1982 / 92 mins / G) From a riddle-speaking butterfly, a unicorn learns that she is supposedly the last of her kind, all the others having been herded away by the Red Bull. The unicorn sets out to discover the truth behind the butterfly's words. She is eventually joined on her quest by Schmendrick, a second-rate magician, and Molly Grue, a now middle-aged woman who dreamed all her life of seeing a unicorn. Their journey leads them far from home, all the way to the castle of King Haggard.