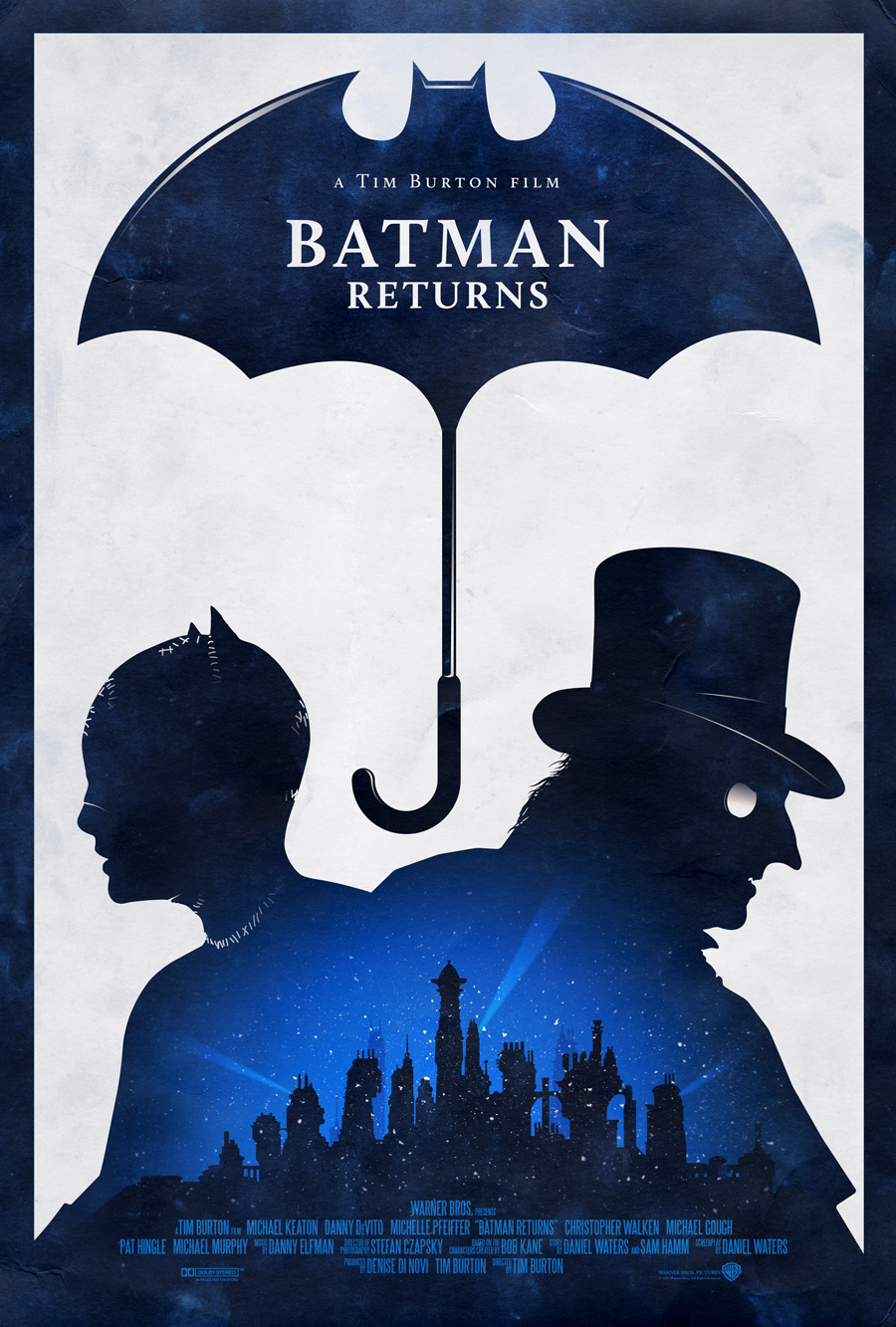 In the second of Tim Burton's blockbuster BATMAN films, the legendary hero (Michael Keaton) does battle against the slinky, mysterious Cat Woman (Michelle Pfeiffer) and the diabolically bizarre, sinister Penguin (Danny DeVito). Can Batman (Michael Keaton) battle two formidable foes at once? Especially when one wants to be mayor and the other is romantically attracted to Bruce Wayne?

"BATMAN RETURNS is the rarest of Hollywood beasts -- a sequel that's better than the original." (Boston Globe)

"The strange, ambitious character work that comprises 'Batman Returns' is wrapped in the perfunctory framework of a Tim Burton superhero film." (Slant Magazine)

Late Night Date Night! Bring a friend, date, or pal who covertly dresses up as an animal and get two-for-one entry.

BATMAN RETURNS (Tim Burton, 1992 / 126 mins / PG) Having defeated the Joker, Batman now faces the Penguin - a warped and deformed individual who is intent on being accepted into Gotham society. Crooked businessman Max Schreck is coerced into helping him become Mayor of Gotham and they both attempt to expose Batman in a different light. Selina Kyle, Max's secretary, is thrown from the top of a building and is transformed into Catwoman - a mysterious figure who has the same personality disorder as Batman. Batman must attempt to clear his name, all the time deciding just what must be done with the Catwoman.