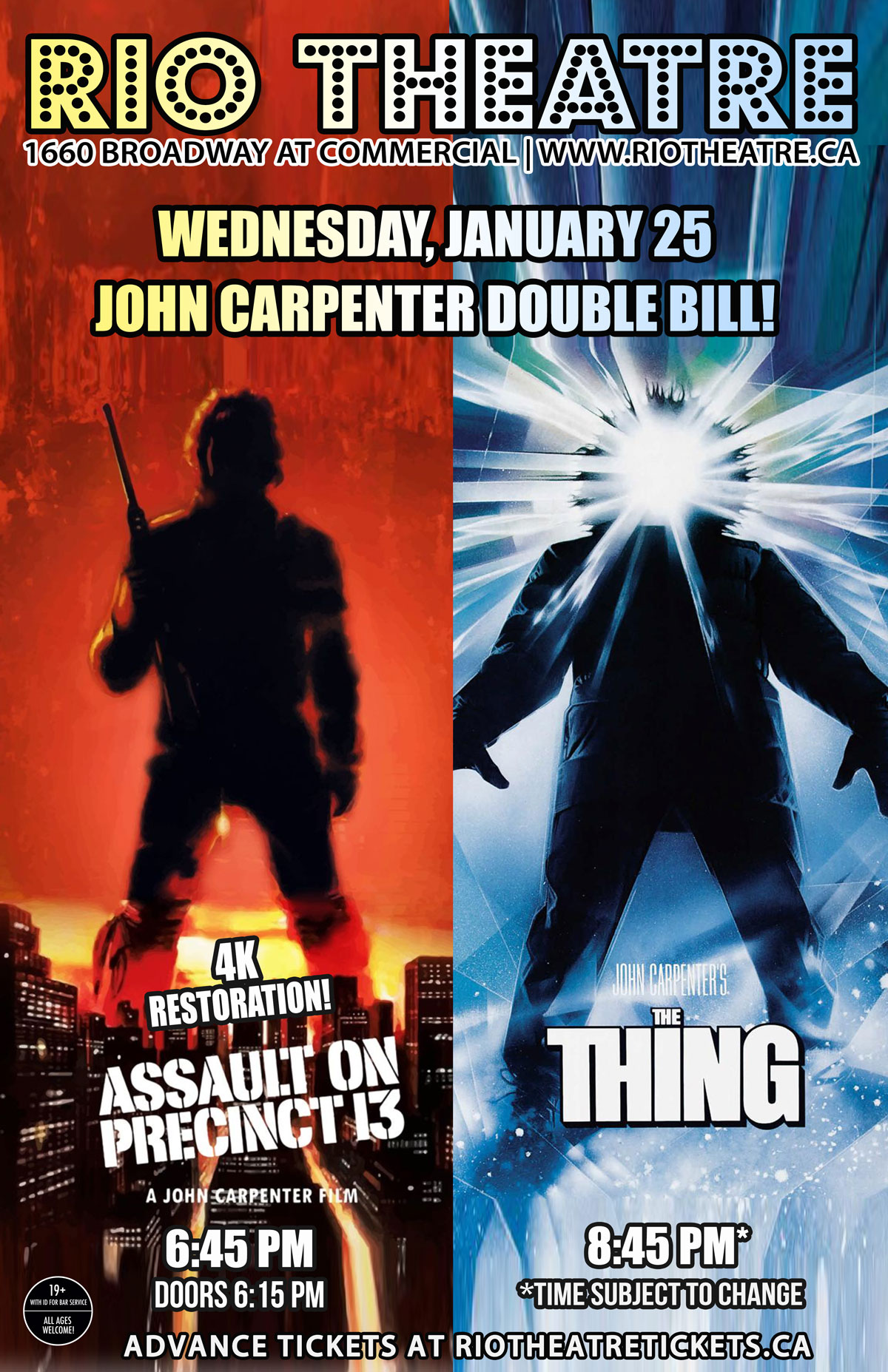 In celebration of John Carpenter's 1976 gritty action thriller ASSAULT ON PRECINCT 13 getting the 4K Restoration treatment, we thought we'd also give it the double bill treatment with another Carpenter classic that his fans can't get enough of - THE THING!

Considered by many to be one of the greatest and most underrated action films of the 1970s, Carpenter's gritty action thriller ASSAULT ON PRECINCT 13 (which he wrote, directed, scored and edited) has been given a new 4K restoration in 2023 from the original camera negative courtesy of Deaf Crocodile Films and presented by AGFA.

Released in 1976, Carpenter's stark, modern homage to Howard Hawk’s RIO BRAVO updates the action with a youth gang attacking a closing police station in a blighted ghetto neighborhood. Rapid-fire banter flies fast and furious between a charismatic convict and a policewoman as the faceless, virtually supernatural marauders attack. ASSAULT ON PRECINCT 13 remains one of Carpenter’s most effective pictures, an edge-of-your-seat thriller that put him on the map as an imaginative, creative force to be reckoned with.

Carpenter again looked to Hawk for inspiration for his 1982 take on THE THING, which pays homage to the1951cult-classic THE THING FROM ANOTHER WORLD. Carpenter's take is a bleak, tense and frightening sci-fi thriller that delivers some truly memorable practical and makeup effects, in addition to Kurt Russell's truly memorable performance.THE THING is an ice-cold white-knuckle chiller about about scientists in the Antarctic who are confronted by a shape-shifting alien that assumes the appearance of the people that it kills.

THE THING
Movie 8:45 pm *As this is screening as part of a double bill, the start time is subject to change.

ASSAULT ON PRECINCT 13 (John Carpenter, 1976 / 91 mins / 18A) A Highway Patrol Officer, two criminals and a station secretary defend a defunct Los Angeles precinct office against a siege by a bloodthirsty street gang.