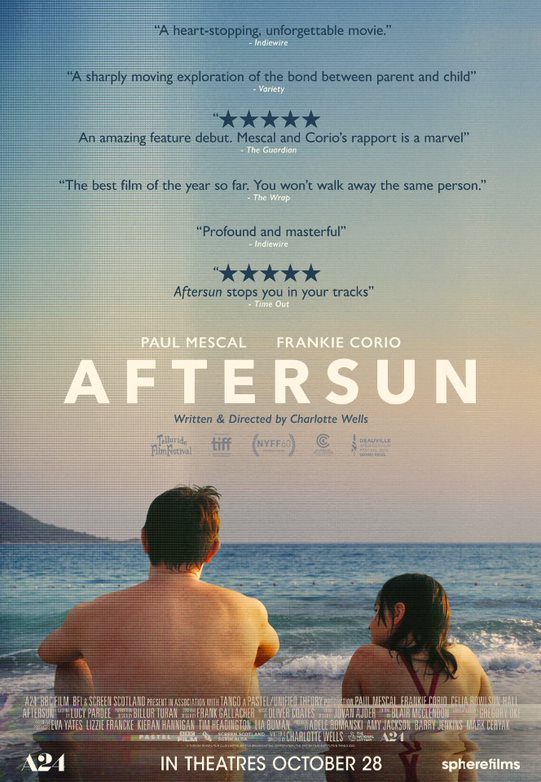 At a fading vacation resort, 11-year-old Sophie treasures rare time together with her loving and idealistic father, Calum (Paul Mescal). As a world of adolescence creeps into view, beyond her eye Calum struggles under the weight of life outside of fatherhood. Twenty years later, Sophie’s tender recollections of their last holiday become a powerful and heartrending portrait of their relationship, as she tries to reconcile the father she knew with the man she didn’t, in Charlotte Wells’ superb and searingly emotional debut film.

"I had my top-five-movies-of-the-year list all sorted. Now - boom! - I’ve had to start from scratch. Damn you, Mescal, for being the cornerstone of something so beautiful." (London Evening Standard)

"This mesmeric debut will make you want to stay suspended in its sun-baked setting with its two captivating lead characters for far longer than the runtime. A triumph of new British filmmaking." (Empire Magazine)

"Director Charlotte Wells knows exactly what she’s doing, and her storytelling is as precise as it is piercing." (Observer UK)

"The film is the first from Scottish director Charlotte Wells, the result such a gossamer knockout that the fact seems implausible, the movie made with a dizzyingly sharp eye for the universal stuff of growing up." (Financial Times)

AFTERSUN (Charlotte Wells, 2022 / 101 mins / 14A) Sophie reflects on the shared joy and private melancholy of a holiday she took with her father twenty years earlier. Memories real and imagined fill the gaps between as she tries to reconcile the father she knew with the man she didn't.