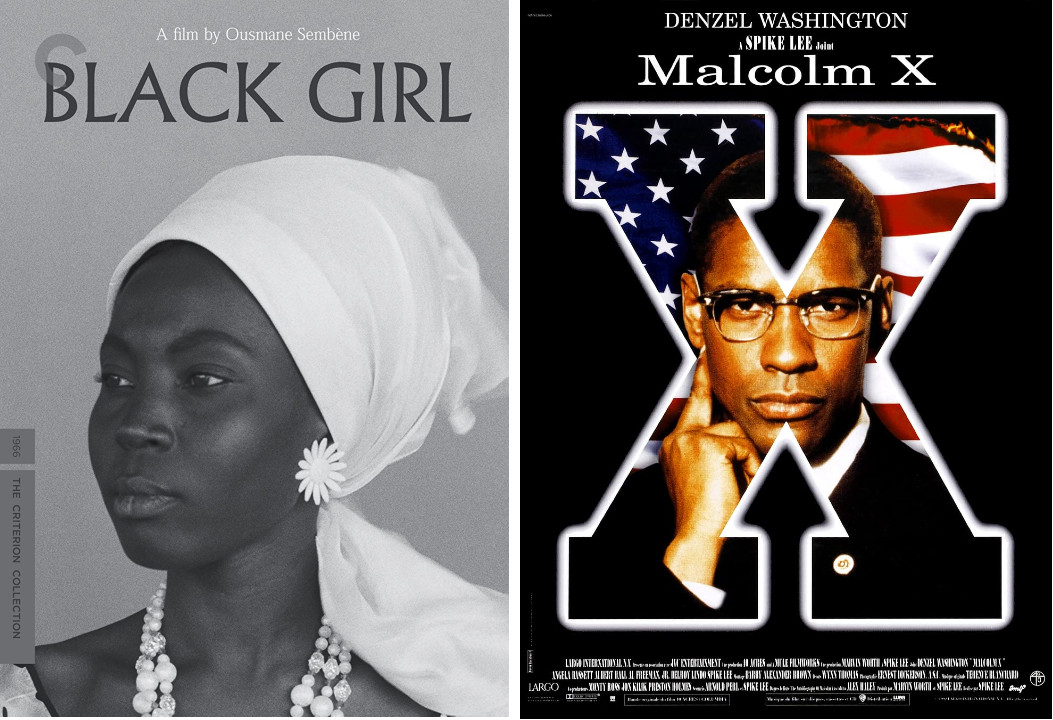 February marks Black History Month, and the Rio Theatre is honouring that with a double bill screening on February 1. We will be featuring two significant titles, including a 4K restoration of Senegalese director Ousmane Sembène's landmark 1966 BLACK GIRL (aka, "La noire de...", it currently sits at #97 in Sight and Sound's most recent poll of The Greatest Films of All Time) paired with what many film-lovers believe to be filmmaker Spike Lee's most important film (not to mention Denzel Washington's most indelible performance), MALCOLM X.

Ousmane Sembène, one of the greatest and most groundbreaking filmmakers who ever lived and the most internationally renowned African director of the twentieth century, made his feature debut in 1966 with the brilliant and stirring BLACK GIRL ("La noire de . . ."). Sembène, who was also an acclaimed novelist in his native Senegal, transforms a deceptively simple plot—about a young Senegalese woman who moves to France to work for a wealthy white couple and finds that life in their small apartment becomes a figurative and literal prison—into a complex, layered critique on the lingering colonialist mindset of a supposedly postcolonial world.

Spike Lee's grand, sweeping epic MALCOLM X is a tribute to the controversial black activist and leader of the struggle for black liberation. The film chronicles the iconic figure who hit bottom during his imprisonment in the '50s, became a Black Muslim and then a leader in the Nation of Islam. His assassination in 1965 left a legacy of self-determination and racial pride.

MALCOLM X
7:45 pm *As this is a double feature, this is an approximate start time. Please arrive on time.

BLACK GIRL (Ousmane Sembène, 1966 / 59 min / French with English subtitles) A Senegalese woman works as a maid in France for a couple who treat her as a slave.

MALCOLM X (Spike Lee, 1992 / 202 mins / 14A) Biographical epic of the controversial and influential Black Nationalist leader, from his early life and career as a small-time gangster, to his ministry as a member of the Nation of Islam.