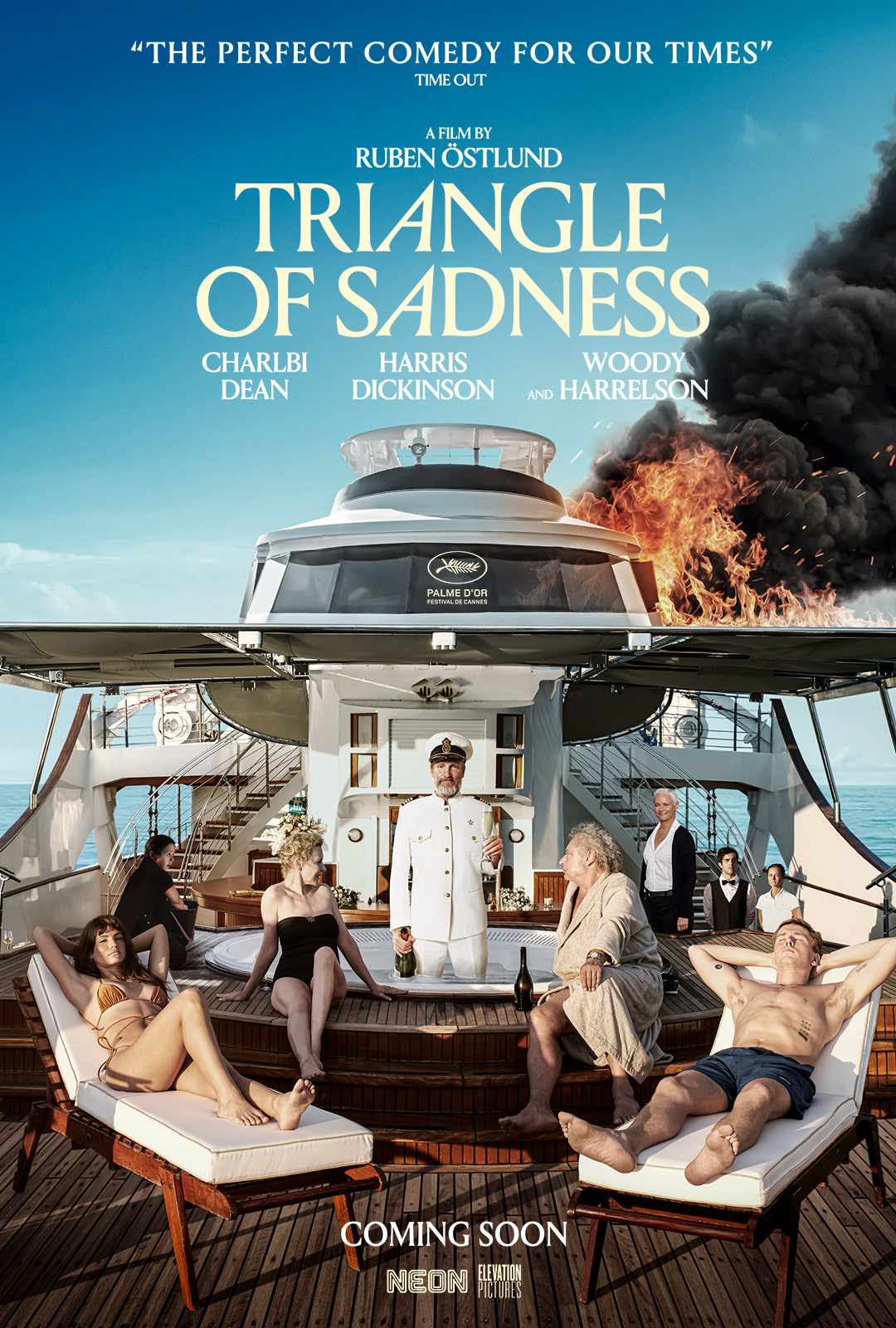 "An absurd, iconoclastic riot. Ruben Östlund’s point may be blunt — yep, rich people are bad — but his telling of it is hilariously, breathlessly entertaining." (Empire Magazine)

"After that final breathless shot, rather than walking out chuckling, you may walk away with your own triangle of sadness engaged, brow furrowed, mouth agape, mind whirring. And isn't that kind of rush worth the price of admission?" (Mashable)

"Don't go in expecting art-house intellectualism. The movie is as loaded with fun as it is with social implications." (Wall Street Journal)

TRIANGLE OF SADNESS (Ruben Östlund, 2022 / 147 mins / 14A / with English subtitles) A cruise for the super-rich sinks, leaving survivors, including a fashion model celebrity couple, trapped on an island.