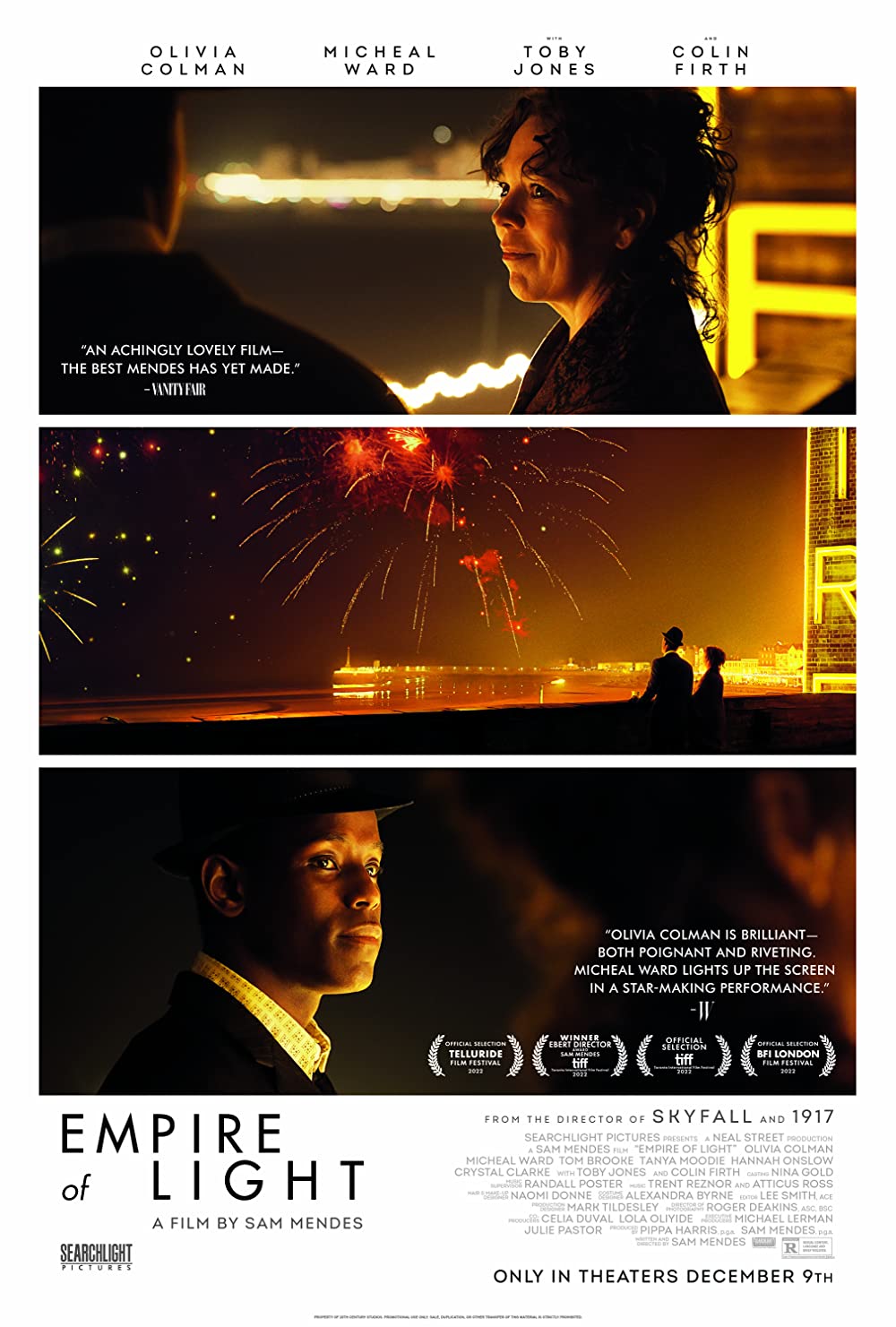 Set in an English coastal town in the early 1980s, EMPIRE OF LIGHT is a compelling and poignant drama about the power of human connection during turbulent times, from Academy Award® winning director Sam Mendes.

"One of the year's most beautiful and underrated films. Olivia Colman and Michael Ward play employees of a once-grand movie theater who find an unexpected emotional connection." (The Film Yap)

"At its best, it is genuinely evocative... It wisely leaves the camera — plus Trent Reznor and Atticus Ross’ delicate, pensive score — to do a lot of the talking." (Empire Magazine)

"With Roger Deakins handling the cinematography and making the most of the magical light found on parts of England’s south coast, the film never ceases to be visually absorbing." (Eye For Film)

EMPIRE OF LIGHT (Sam Mendes, 2022 / 14A / 115 mins) A drama about the power of human connection during turbulent times, set in an English coastal town in the early 1980s.

*Minors permitted. Must be 19+ for bar service. Rio Theatre Groupons and passes OK for any single film screening only. Please redeem at the box office.
*If you are looking to redeem your tickets to either a canceled Rio Theatre screening or a Rio Theatre gift certificate, please email <riomanagers@gmail.com> with info including your name, canceled receipt number, gift certificate info, what you are wanting to see and when, and we can make the switch for you in advance. Alternately, you can bring this information with you to the venue, and we will do our best to help you at the box office.