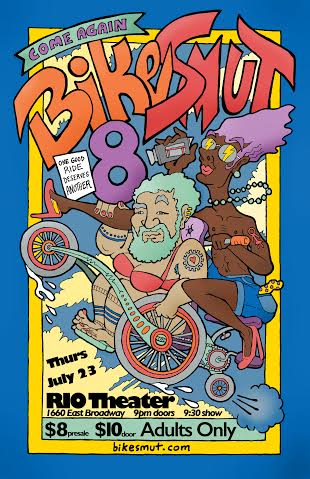 Strictly +19 for entry with 2 pieces of ID. Fully licensed bar

This year the submissions are from Oakland, Chicago, Phoenix, Montreal, Toronto and for the first time ever we have a film made in San Palo, Brazil!

This synthesis of transportation and sexuality is everything you could imagine it to be: creative, ethical, aware, explicit, tantalizing, candid, and silly.

The only time you can see these movies is at a screening. Bike Smut does not release DVDs or put the movies online. The only way to see Bike Smut is live and in person (they way it should be!) but don’t worry; though Bike Smut comes and goes as quick as a one-night kick stand, it’s definitely not one you will regret in the morning.