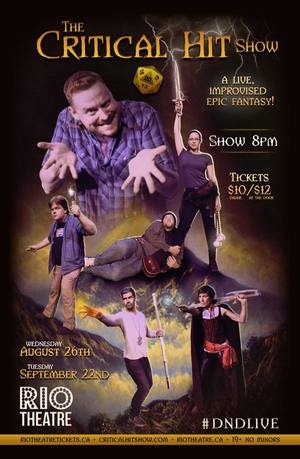 Join Vancouver’s best comedic performers at The Rio Theatre as they quest for glory and snacks in this live, improvised spectacular inspired by the world’s most popular role playing game! For over three years, The Critical Hit Show has been playing to massive audiences month after month, and the epic adventure continues! And remember, you don’t need to know anything about gaming to have a great time. All you need is to know how to have fun!

19+ only with bar service; 2 pieces of ID required.