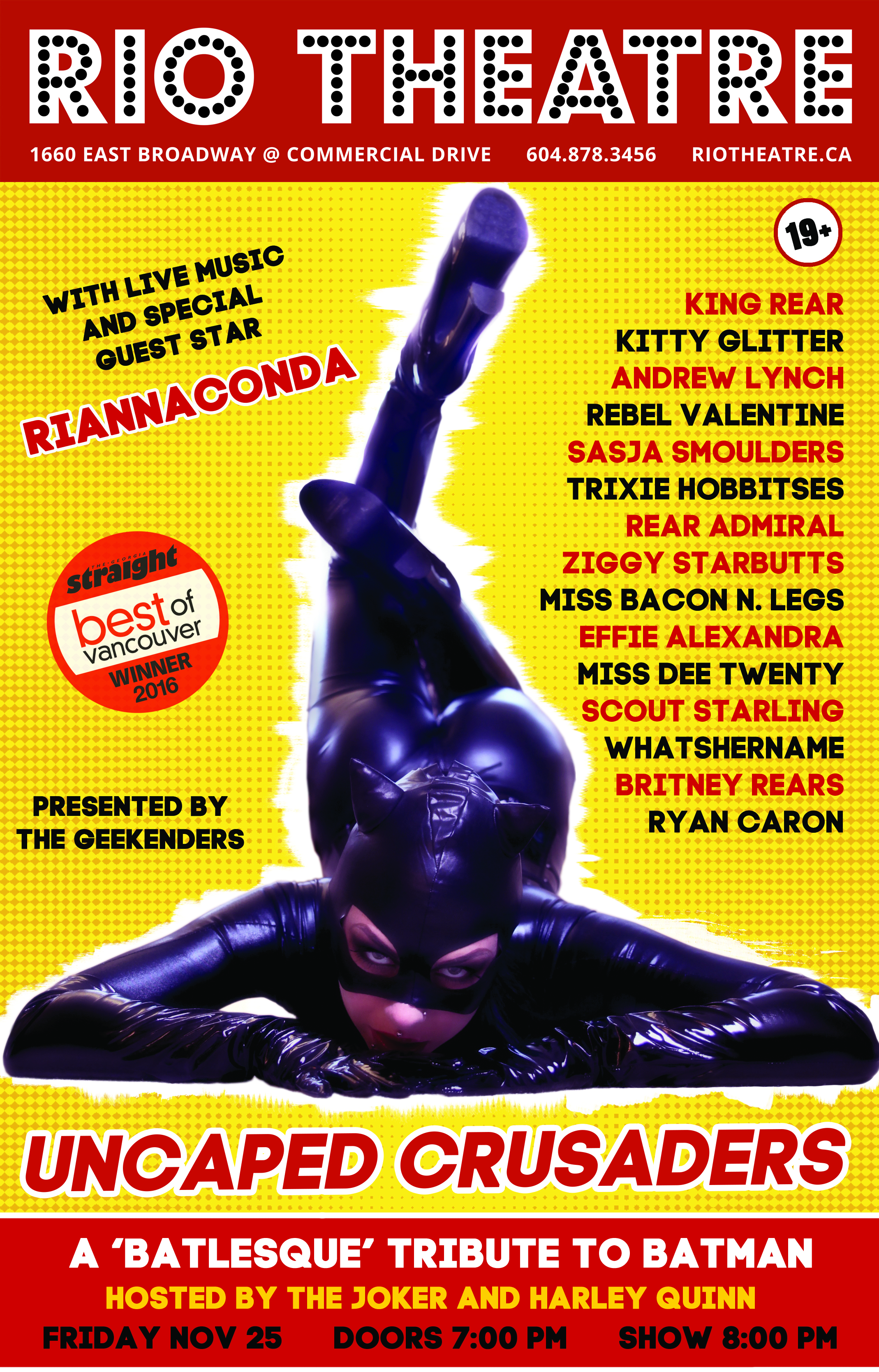 Geekenders is back with a wacky Batlesque variety show celebrating everyone's favourite 'stark' knight and his rogues gallery... with a playfully sensual twist!

Called a "cult sensation" by Vancity Buzz, Geekenders theatrical nerdlesque has taken the Canadian burlesque scene by storm. Since their debut in 2012, Geekenders nerdlesque has been in high demand, performing to packed audiences in Vancouver's most fabulous venues, wowing over 17,000 people in British Columbia with their tightly-choreographed Vegas-style nerdlesque spectaculars.

Today, Geekenders Nerdlesque is well-known for seamlessly integrating the worlds of burlesque, geekery, drag, queerlesque, dance, and theatre into their productions, incorporating well-known burlesque stars with passionate newcomers to create shows full of good humour, love for their source material, and a unique, whimsical style all their own.

Hosted by THE JOKER and HARLEY QUINN!

PLUS, for some numbers, a spectacular LIVE BAND!!!!

Here's what the media has to say about Geekenders productions:

"...Absolutely hilarious. The Geekenders did a fabulous job with lovingly skewering the source material."
-Livevancouver.ca

"...local impresarios Geekenders, who spare no imagination with their programming. A geek and queer-friendly collective that turns the nerdiest of fantasies into realities..."
-Vancity Buzz on Geekenders

"...Geekenders are taking the ropes and giving opportunities for females to be cast in non-traditional, male-dominated spaces. In doing so, theyâ€™re changing the fandom for the better while remaining true to its roots."
-Cecilia Lu in Living Myth Magazine

Like Geekenders on Facebook for more information on their variety shows, dances, theatrical endeavours and burlesque tributes!