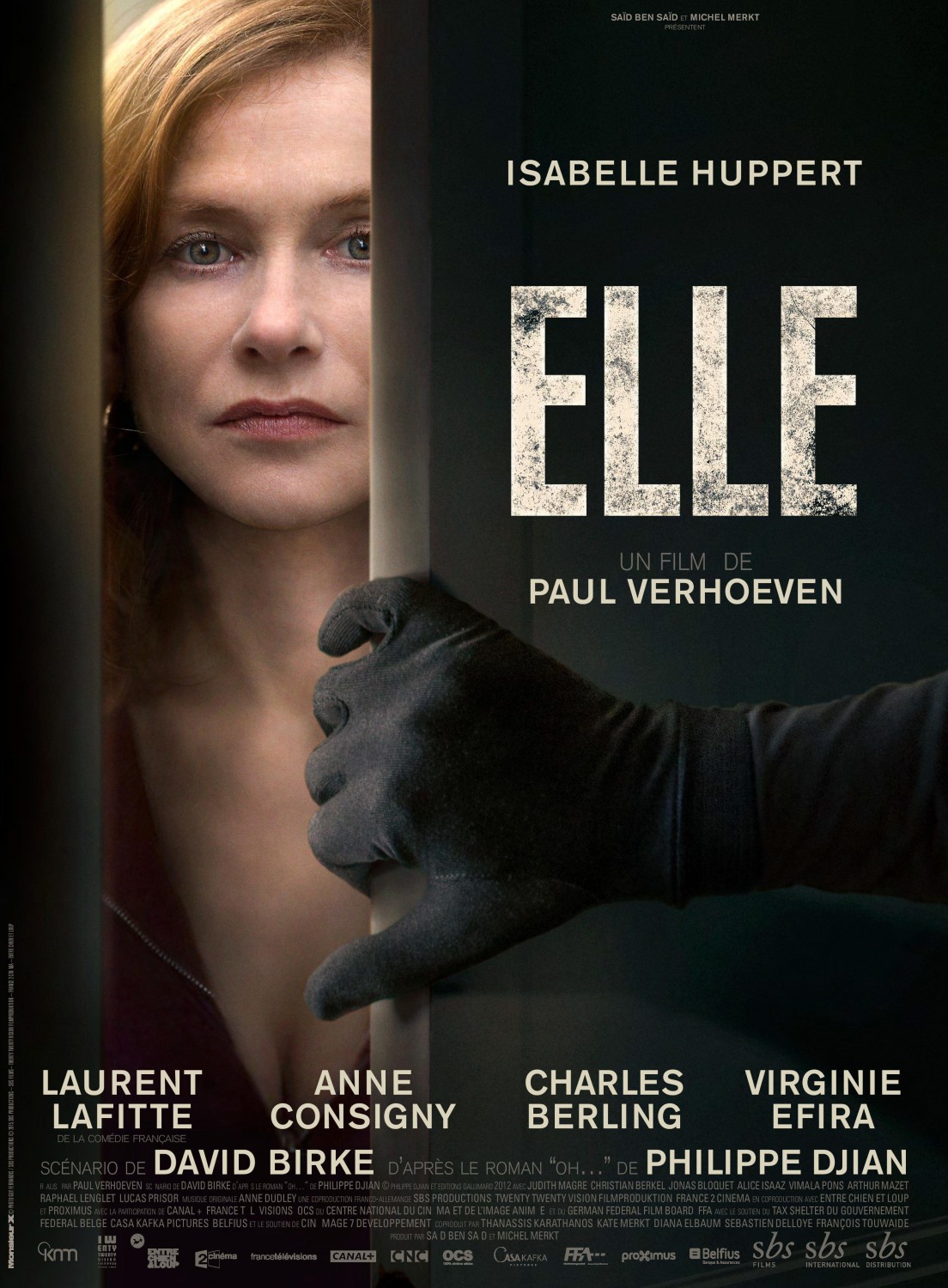 Michèle (Best Actress Oscar-nominee Isabelle Huppert) seems indestructible. Head of a leading video game company, she brings the same ruthless attitude to her love life as to business. Being attacked in her home by an unknown assailant changes Michèle's life forever. When she resolutely tracks the man down, they are both drawn into a curious and thrilling game a game that may, at any moment, spiral out of control.

"The most surprising film in Verhoeven's filmography, but it's also one of his absolute bests." (Collider)

*Minors OK! (Please note this film is rated 18A.) Must be 19+ w/ID for bar service.
**Groupons and passes OK for any single film! Please redeem at the door.

ELLE (Paul Verhoeven, 2016 / 130 mins / 18A) When Michelle, the CEO of a gaming software company, is attacked in her home by an unknown assailant, she refuses to let it alter her precisely ordered life. She manages crises involving family, all the while becoming engaged in a game of cat and mouse with her stalker.