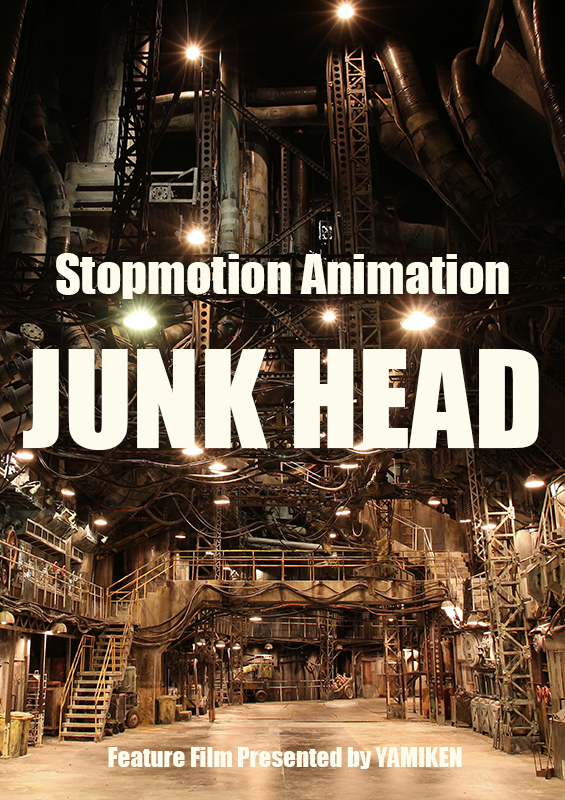 Japanese animator Takahide Hori spent four years working on his 30 minute short film JUNK HEAD - and another four expanding it into its current feature-length iteration, an astounding stop-motion sci-fi marvel that is a remarkable testament to its genuinely visionary creator. Following its World Premiere at Montreal's Fantasia Film Fest (The Satoshi Kon Award for Excellence in Animation, Special Mention) and screenings at Fantastic Fest (Best Director, Next Wave Features) the weird, whimsical, and utterly magical world of JUNK HEAD hits Vancouver as part of the Rio Grind Film Fest.

Presented with the help and support of Spark CG Animation Society.

"While his unsettling creature designs evoke H.R. Giger, Hori's living dioramas are also imbued with pulsating electronica as the sets whiz past during fights and chases. Yet he retains a sense of whimsy about his action figure-like creations and the intricate ways in which they're humanized, augmenting partial gibberish with familiar gestures and a sense of comedic physicality in a story of unwitting Gods crossing paths with their estranged creations." (Fantastic Fest)

"Hori has outdone himself with massive sets of rock, rebar, metal mesh, and factory-like systems operated by humanoid clones in masks. The easiest comparison to make would be LAIKA studios and their own meticulous attention to detail, but that doesn’t do its surrealist tone of darkly imaginative demons justice." (The Film Stage)

"It’s a premise that screams big budget Hollywood blockbuster. But Junk Head is not that. It’s a Japanese stop-motion animated film largely made by first-time filmmaker Takahide Hori. And it’s magnificent, mostly because it takes that blockbuster premise and twists it in so many weird, wonderful ways, you won’t be able to take your eyes off the screen." (Gizmodo)

JUNK HEAD (Takahide Hori, 2017 / 115 mins / Japanese with English subtitles) Humanity is dying. It's been 1200 years since our rebellious clone workforce moved underground, and the only way we can survive is by plunging into the depths to learn more about our terrifying creations.