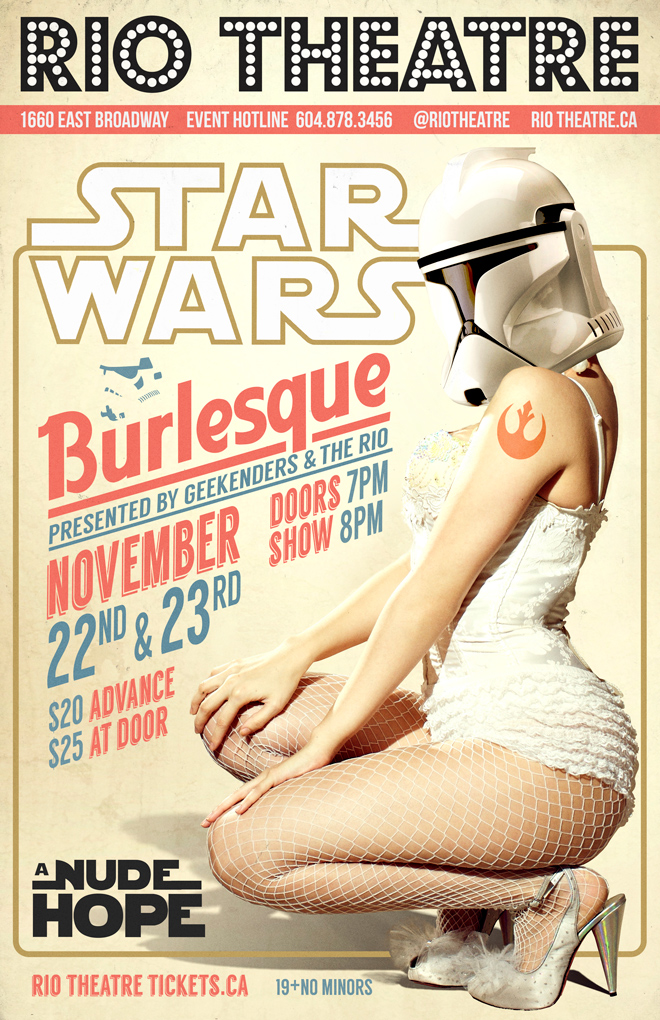 Tickets:
$20 General Admission Ticket. $25 at the door.
Get your tickets in advance to guarantee entry!
https://riotheatretickets.ca/

Been looking for love in Alderaan places?
We invite you to enter a galaxy a long time ago in a galaxy far, far away with acclaimed fandom theatre troupe Geekenders, who are concentrating their usual pop culture theatre, comedy and burlesque into a randy two-act reboot of a sci-fi classic.

Featuring a cast of twenty-five of Geekenders all-star nerdlesque performers, the event and theatre troupe is pulling out all the stops to ensure a memorable, sexy, nerd-herding night for geeks of all types.

A Nude Hope celebrates Geekenders’ anniversary with feathers, confetti ‘splosions, giant puppets, and cute people dressed as X-Wings, as well as nerdlesque, fandom, nostalgia, and anybody who ever secretly thought to themselves that Star Wars needed more fan dances.

SPECIAL THANKS TO THE RIO THEATRE!
http://www.riotheatre.ca