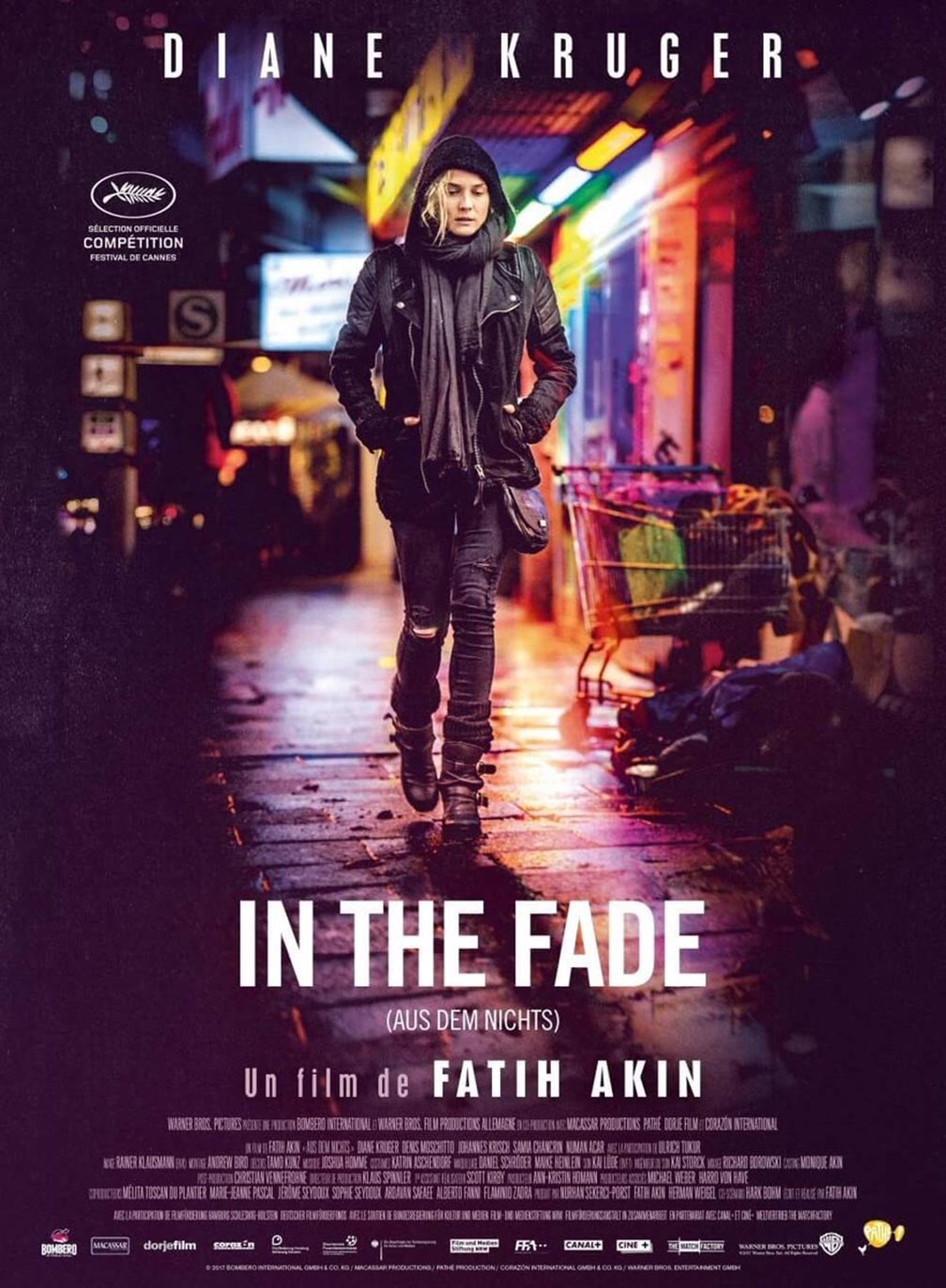 Set in the German-Turkish community in Hamburg, grief-stricken Katja (Diane Kruger, took home the Best Actress Award at the Cannes Film Festival in what many are calling, "the performance of a lifetime") takes revenge for her family after her life falls apart when two neo-Nazis kill her husband and 6-year-old in a brutal bomb explosion. Her quest for justice soon pushes her to the edge as the two suspects stand trial for murder. Winner of this year's Golden Globe for Best Foreign Language Film, celebrated German auteur Fatih Akin's (THE EDGE OF HEAVEN) latest is a timely and very gritty drama, a captivating journey of love, tragedy, and, ultimately, revenge.

"In Fatih Akin’s IN THE FADE, Diane Kruger is in nearly every shot, and her wide, open face with its hollow eyes says more in silence than other actors do in lengthy perorations." (Vulture)

"Akin asks us to shift our perceptions of terrorist attacks in deliberately provocative ways, constantly flipping what we think we know and what we expect to see right up until the film's haunting final image." (Eye For Film)

*Minors OK in the balcony! Must be 19+ w/ID for bar service and main floor seating.
*Rio Theatre Groupons and passes OK! Please redeem at the door.

IN THE FADE "Aus dem Nichts" (Fatih Akin, 2017 / 105 mins / PG / In English with German subtitles) Out of nowhere, Katja's life falls apart when her husband Nuri and little son Rocco are killed in a bomb attack. Her friends and family try to give her the support she needs, and Katja somehow manages to make it through the funeral. But the mind numbing search for the perpetrators and reasons behind the senseless killing complicate Katja's painful mourning, opening wounds and doubts. Danilo, a lawyer and Nuri's best friend, represents Katja in the eventual trial against the two suspects: a young couple from the neo-Nazi scene. The trial pushes Katja to the edge, but there's simply no alternative for her: she wants justice.