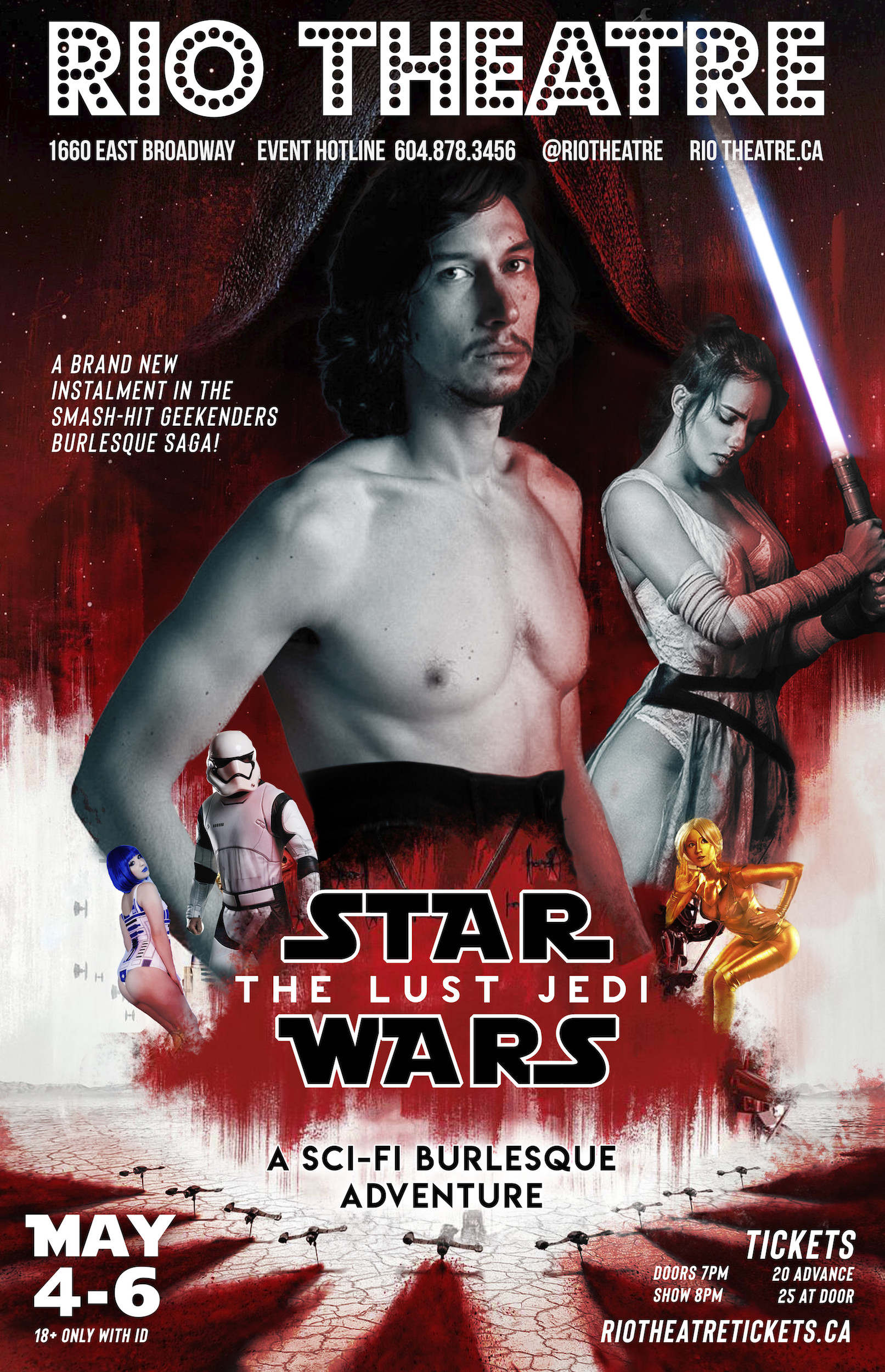 A brand new instalment in the smash-hit Geekenders burlesque saga!

Please ensure you are selecting the correct date

We invite you to join us a long time ago in a galaxy far, far away with acclaimed fandom theatre troupe Geekenders, who are concentrating their usual pop culture theatre, comedy and burlesque into a glittering, playfully sensual two-act reboot of a new sci-fi classic!

Featuring a cast of TWENTY NINE of Geekenders all-star nerdlesque performers, the event and theatre troupe is pulling out all the stops to ensure a memorable, sexy, nerd-herding night for geeks of all types. Geekenders brings you the fourth instalment of their epic burlesque adventure saga, as seen on Chris Hardwick's @midnight, with a Vegas-style spectacular that combines striptease, comedy, dance, showgirls, vaudeville, nostalgia, and space.

AND THE GEEKENDERS SOLID GOLD DANCERS!!!!|

"With the use of huge puppets, beautiful human x-wings and tie fighters, and explosions of confetti, this was both mind-blowing and epic. I am waiting impatiently for the return of fabulous dancing and singing, more (and better than our) puns, and tons of nostalgia and fandom with a cast that includes sexy appearances from Chewbacca, Darth, Han, R2D2, Luke, and many more, all crafting an impressive two-act adaptation of this classic cinematic masterpiece."
-Living Myth Magazine on A Nude Hope

"From a not so scary Darth Vader, to a yummy Lando Calrissian, a swaggering braggadocio Han and independent Leia, athletic Yoda, a Justin Bieber Luke Skywalker to the awesomely cute pair of a rollerblading R2D2 and C3PO, and oh those Stormtrooper troops, this is a Star Wars cosplayer's fantasy dream."
-Live Vancouver on The Empire Strips Back

"Not only did The Wizard of Bras provide a rousing burlesque show, but through the use of innuendo, satire, and social commentary, Geekenders delivered a unique performance that appeals to a range of audiences."
-The Peak