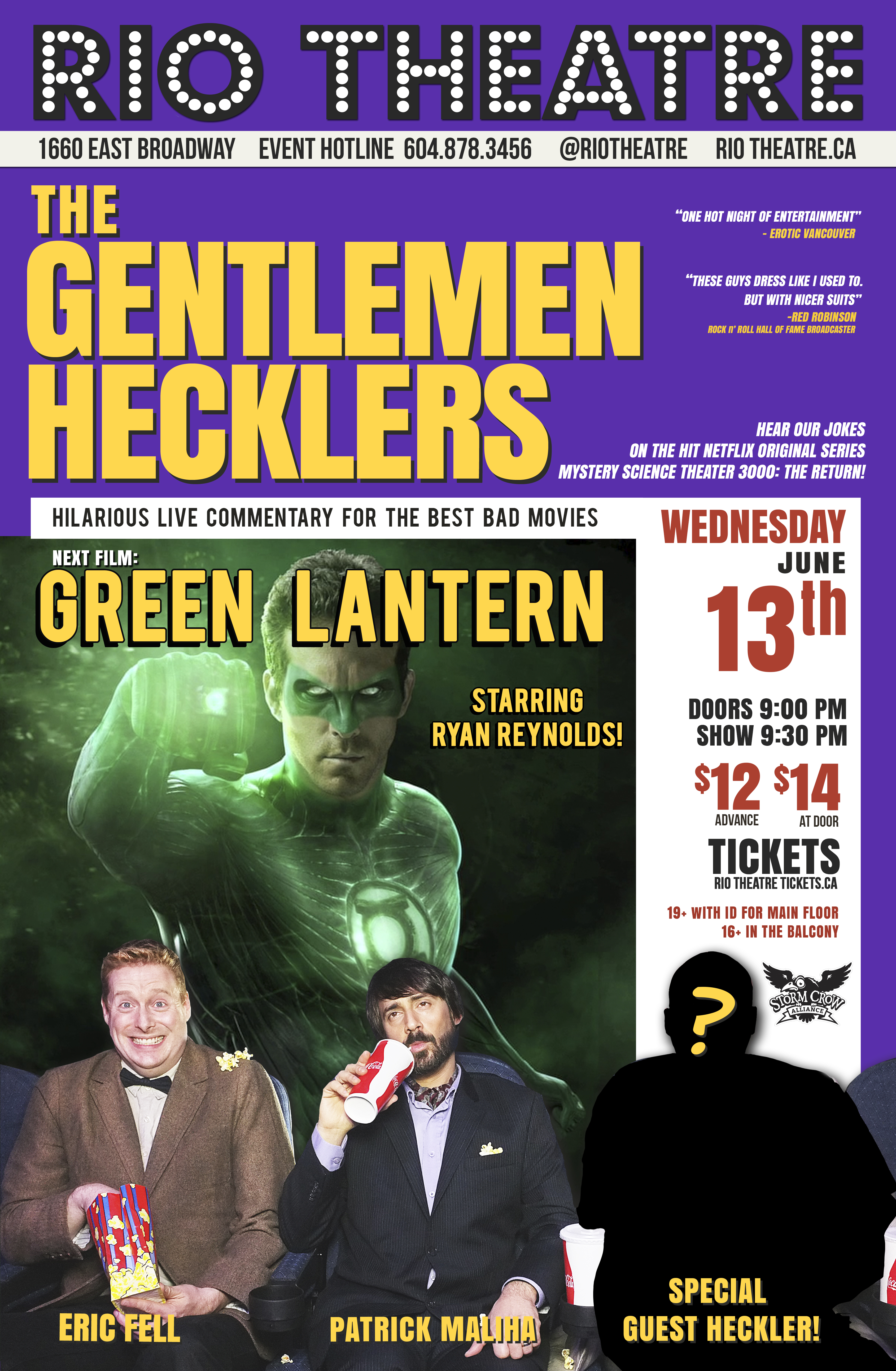 The Gentlemen Hecklers return to the Rio Theatre on Wednesday, June 13 with that other Ryan Reynolds superhero comic book movie - one he proooobably wants the world to forget and one that we just can NOT seem to quit… THE GREEN LANTERN. (I mean, if ever there was a time to revisit THE GREEN LANTERN... The time is now!) Also starring Mrs. Reynolds, the lovely and talented Blake Lively, Peter Sarsgaard, Tim Robbins, Angela Bassett, and Taika Waititi.

The Gentlemen Hecklers provide live, hilarious commentary for the best bad movies! Eric Fell and Patrick Maliha are Vancouver’s masters of movie riffing, making so-bad-they’re-good movies even better - by talking you through them.

“In a universe as vast as it is mysterious, a small but powerful force has existed for centuries. Protectors of peace and justice, they are called the Green Lantern Corps. A brotherhood of warriors sworn to keep intergalactic order, each Green Lantern wears a ring that grants him superpowers. But when a new enemy called Parallax threatens to destroy the balance of power in the Universe, their fate and the fate of Earth lie in the hands of their newest recruit, the first human ever selected: Hal Jordan (Ryan Reynolds). Hal is a gifted and cocky test pilot, but the Green Lanterns have little respect for humans, who have never harnessed the infinite powers of the ring before.”

*Must be 16+ w/ ID for entry. Must be 19+ w/ID for bar service and main floor seating.
**Sorry, Rio Theatre Groupons and passes not accepted for this event.

THE GREEN LANTERN (Martin Campbell, 2011 / 114 mins / PG) Reckless test pilot Hal Jordan is granted an alien ring that bestows him with otherworldly powers that inducts him into an intergalactic police force, the Green Lantern Corps. For centuries, this small but powerful force of warriors has sworn to keep intergalactic order, and each Green Lantern wears a ring that grants him superpowers. But when a new enemy called Parallax threatens to destroy the balance of power in the Universe, their fate and the fate of Earth lie in the hands of the first human ever recruited.